As of January 1, 2020, Indiana’s Harrah’s Hoosier Park and Indiana Grand Racing and Casino gaming venues are eligible to introduce live dealer games, which the companies hope, would bring in more interest from gamers.

The move is a landmark achievement for both the Harrah’s Hoosier Park in Anderson and Indiana Grand Racing and Casino in Shelbyville. The two properties expect a higher turn up of gamblers eager to participate in live dealer games, complementing the existing video slots selection.

In terms of capacity, both properties have quite a lot to offer. Indiana Grand will be adding as many as 40 tables dedicated to popular casino classics, such as roulette, blackjack and craps. Hoosier Park is setting up some 30-odd tables of its own available as of today.

To drum up excitement, Hoosier Park will be inviting Victor Oladipo, Indiana Pacers’ star, to join the inauguration ceremony.

An Important Boost to Operational Potential for Indiana’s Casinos

With the sports betting bonanza washing over the United States, Indiana’s properties are quickly pushing up for diversification.

As a result, the Hoosier Casino and Indiana Grand Racing will both be able to compete with some 11 other properties in the region of the Ohio River and Lake Michigan, offering a flexible variety of games.

The recent decision and acting upon it is quite important, as it streamlines the states’ offer in an increasingly competitive market. Originally, live dealers weren’t supposed to be part of the equation until after July, 2021.

However, Republican Gov. Eric Holcomb decided to expedite the process, undoing his predecessor – Gov. Mike Pence – ruling on the matter. Gov. Holcomb is also the person who has spearheaded sports betting in the state, including mobile betting.

Gov. Holcomb was also instrumental in allowing the Gary and Terre Haute Casinos to join the state. The properties are currently under constructions. Commenting on the industry in general, Caesars Entertainment Regional President Dan Nita has said that Indiana has an untapped potential in terms of table games market.

Realistically, Nita argued, Indiana could support two or three times more table games than it has today. According to the Legislative Services Agency, the impact table games will have on the state should amount to a $12-million increase in gross gaming revenue (GGR) year in and year out.

7,700 Cambodians Out of a Job after Online Casinos Shut-down 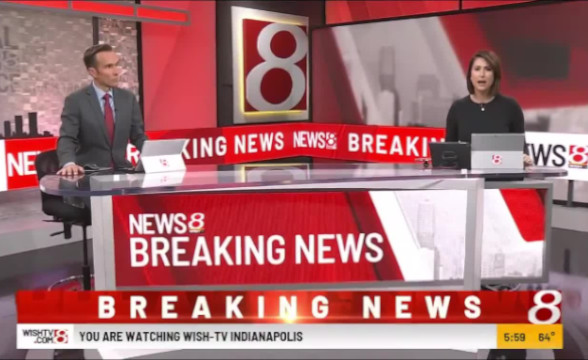