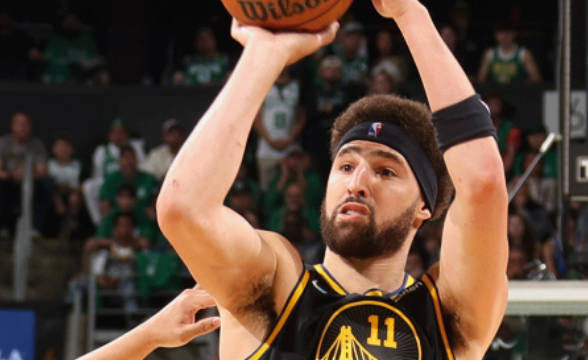 It’s time for the fourth game of the 2022 NBA Finals. The Golden State Warriors and Boston Celtics lock horns on Friday, June 10 at TD Garden. That’s the same place where the Celtics won the previous game, making it 2-1 in the series. Winning another home game is of utmost importance for Ime Udoka’s boys as the Finals move back to California next week.

Oddsmakers have faith in them, giving the odds as short as -172 on the Celtics winning this Friday. That’s even shorter than the price on Boston ahead of the previous game, which they ended up winning by 16 points.

The final score of 116-100 in the previous game of the NBA Finals could make you think that Boston absolutely dominated the game. However, that wasn’t exactly the case. Although they did have a lead throughout the game, the Warriors did have their fine moments, especially in the third quarter when we saw them score 33 points.

In the fourth quarter, however, they scored just 11. If you’re wondering why that was the case, it’s because their best player Steph Curry got himself injured. At this point, it’s unclear whether he will recover by Friday. However, judging by the betting odds, it seems bookmakers aren’t too confident.

With the odds of +150, the Warriors are expected to lose Friday’s game. Sure, Boston is playing at home and its players have been in magnificent form, but Golden State sure has what it takes to make the Finals more interesting.

Golden State Warriors Must Not be Underestimated

For the Warriors to win on Friday, a couple of things need to happen – Steph Curry needs to come back and continue playing fantastic basketball, while his teammates need to step up their game, especially in the defense.

Curry’s been nothing short of superb since the start of the postseason, scoring more points than any other Golden State player in most of the games. Actually, he was the top scorer in each of the three games versus Boston in the NBA Finals, scoring a total of 94 points.

It’s safe to say that if he plays on Friday, he will probably score around 30 points. However, in order for his team to win, other players need to do better. The good news is that the Warriors’ coach Steve Kerr definitely has plenty of amazing players at his disposal. He just needs to make sure they do their best.

Boston Celtics With a Fantastic Chance to Make it 3-1

Although they did win a game in San Francisco already in the 2022 NBA Finals, the Celtics will probably have a tough time once the series moves from Boston. At TD Garden is where they feel the best, as evident from the fact that they were one of the best home teams in the NBA during the regular season.

Winning on Friday would mean getting a 3-1 lead in the series, which would make their job in California much easier. In fact, even if they lost on the Warriors’ turf, they’d still get a chance to win the title in front of their fans in potential Game 6.

If Curry doesn’t return by Friday, the Celtics are going to demolish the Warriors. If he does return, we’ll probably see a close battle on the court of TD Garden. Still, even with him on the roster, the Warriors are likely to lose Game 4.

Picks: Boston Celtics to win; over to hit