Glasgow will be launching a new student program that will educate young people on the dangers posed by gambling. The program is a response to the high gambling rates in the locale and the spike in online gambling ushered by the quarantine.

An online summit, scheduled for September 13-14 will bring in experts on the topic to discuss the dangers of gambling and gambling addiction as well as prevention methods and treatment. Organized as the city’s council, the initiative has also been officially endorsed by the United Kingdom’s Gambling Commission and Public Health Scotland.

Glasgow City Council’s policy development committee convener for wellbeing, empowerment, community and citizen engagement, Bailie Annette Christie, spoke on the initiative and the importance of realizing the dangers posed by gambling. She explained that contemporary marketing is really strong and appealing and elaborated that the exciting advertisements push many people down the road of irresponsible gambling addiction.

Because of this, an education program is being made for educating children. It was developed by the University of Edinburgh and is coordinated with secondary schools.

Christie revealed that the September summit is more focused on licensing issues and reducing the total of gambling hubs in Glasgow. The city is famous for having a very high number of such establishments, with an estimate of one for every 3200 inhabitants. However, Christie continues, now that COVID has pushed things online, restricting establishments isn’t enough as every single person now has a portable casino. The council member added that the target demographics of gambling bookmakers have changed, and now everyone is in danger – men, women, and young people alike.

The Dangers of Gambling Have Been Underestimated, According to Wardle

Reader in social sciences at Glasgow University, Dr. Heather Wardle, thinks that gambling and its dangers haven’t been discussed enough. Wardle thinks that the gambling boom should be treated as a public health issue and is glad that the topic is finally getting some attention.

“It absolutely should be treated as a public health issue, not least because the scale of the harms that are associated with gambling have been underestimated,” she said.

Wardle mentioned that irresponsible gambling could bring ruin not only to the person affected but to their whole families as well. She added that young bettors tend to be more suicidal, according to statistics.

Wardle pointed to the numbers from 2017’s Scottish Health Survey. According to it, only 0.8% of the questioned identified as problem gamblers, and only 0.9% were at risk of developing an addiction. Wardle claimed that this number only shows people who have an already diagnosable, recognized mental disorder. She remarked that a person doesn’t need to have a mental disorder in order to experience harm from gambling. In her opinion, gambling can ruin a person’s budget within half an hour, which may also affect their family. Wardle is firm that statistics should not only take into account the biggest gambling addicts but also explore “lower-level harms” caused by wagering.

There have been efforts on the Gambling Related Harm All-party Parliamentary group to limit the impact betting can have by proposing the introduction of stake limits and a ban on betting adverts. The Betting and Gaming Council definitely agrees that some changes are much needed. The body said that it is always encouraging customers to set deposit limits. A representative said that even a single problem gambler is too much and sullies the name of the industry.

In Britain, gambling makes as much as $19 billion each year (£14 billion). Despite the relatively low number of problem bettors, the industry can always do some more to ensure a healthy and enjoyable betting experience. With all the scrutiny gambling has received, maintaining a well-regulated ecosystem and educating customers on responsible betting is crucial for the long-term sustainability of the gambling industry. 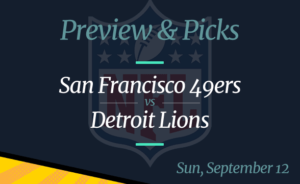