Eminence Holdings, a cryptocurrency-based fintech company registered in the Isle of Man, announced the appointment of Mark Robson as its new CEO.

Officially welcoming the new high-level addition at the helm, Eminence chief technology officer (CTO) Daniel Keller outlined the high hopes the company is placing on Robson’s leadership to take the business “through the next stage” on its path to “being an industry leader.” Keller and Robson are set to work closely to achieve the ambitious company’s goals.

Mark is one of the most experienced and respected executives in the sector and his appointment as CEO is a major coup for Eminence Holdings as we continue to deploy our aggressive expansion plans.”

Senior positions at tier-one gambling companies like Microgaming and SHFL Entertainment, as well as CEO of King Gaming, also feature on the rich resume of the newly appointed CEO Robson, whose most recent role was Head of eGaming at the Isle of Man Government. On the entrepreneurial front, Robson became a co-founder of Isle of Man-based B2B software company Champions Sports.

‘Harness the Power of Blockchain’

Commenting on his appointment, Robson outlined Eminence plans are built around “the power of blockchain,” looking to harness it to “deliver better experiences for players and operators.”

The use of digital currency is growing and in CasinoCoin we have a token that has been designed specifically for the regulated online gambling industry and I look forward to delivering valuable utility to both holders and operators.”

Full of praise for the team at Eminence for the incredible amount of work done so far, Robson expressed his excitement at the opportunity to lead the business into its next chapter.

Eminence was registered as a business entity in the Isle of Man by CasinoCoin (CSC) in June this year, looking to provide innovative payment solutions for gambling operators developed around blockchain technologies.

A cryptocurrency itself, CSC is offering casino operators benefits from crypto transactions based on high industry standards for customer protection and integrity. 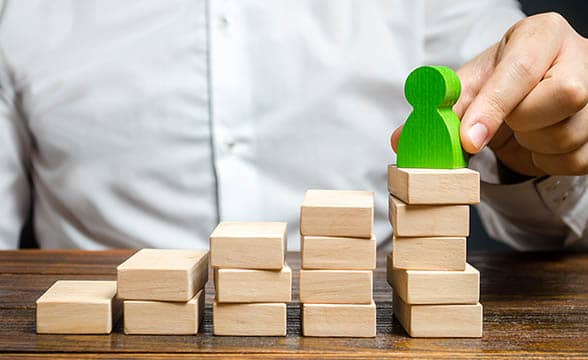