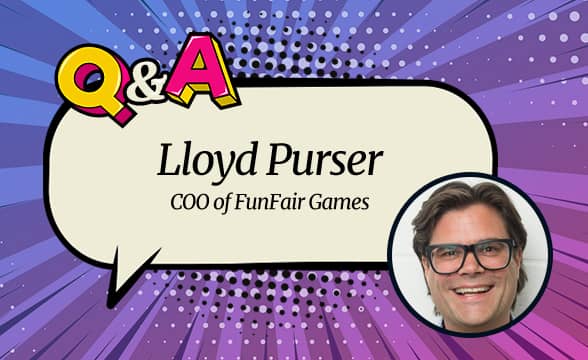 Real-time interactions are the path to success for the iGaming industry, argues FunFair Games COO Lloyd Purser who draws parallels with existing success stories in video gaming. To elicit the most social interactions, engagement within the games needs to be high, adds Purser. Community-based play will be of growing importance to the future of casino gaming and to get there, new gaming paradigms will have to be established. Purser gives an example with Astro Boomers: To The Moon, a game that rides this emerging trend and sets a course not just for the stars, but possibly the future of iGaming.

Q: How do you think social interactions within games will evolve in the coming years?

A: With the growth of multiplayer games in the gaming world over the past decade, it is clear that audiences are looking for more community-driven digital experiences. Currently, 56% of regular gamers play online with friends. And the gaming population is expected to grow from two billion to three by 2023.

Testament to those numbers is the hugely popular release of GTA Online, a title without any single-player element. And with developer Rockstar making half a billion a year, accessing that audience is a highly profitable endeavour for those who get it right.

The social integrations that we have seen encourage this growth in usership and revenue numbers generally include real-time interactions. These features allow users to share in each other’s wins and losses, creating a sense of community. Further, engagement within the games needs to be high. Users want to make decisions that impact the game’s outcome, and a passive experience will not be enough for them.

As gamers cross-sell more into gambling products, they’re looking for something different to the current crop of single players games. We believe that enabling a community in which users play alongside one another will prove key to success for this segment in the future.

Q: Does social interaction really work in iGaming, and how can it be incorporated? Will we see tournaments similar to e-gaming?

A: The term ‘social’ remains without a clear definition in this context. Some say that including a chat element is social, others will argue that it’s about sharing results on Facebook. However, what’s undeniable is that multiplayer gaming drives the community-based play and also offers real-time interaction.

Tournaments are not uncommon in the gambling world. Poker has been prolific in tournament play. Some operators have added slot and or table game tournament features on casino games and had varying levels of success. Social interaction does work in iGaming; this has been shown to work in Poker and Bingo during their heydays.

This is further evident in the blockchain world iGaming titles such as bustabit, where more than $50 billion has been wagered to date, is a community-driven crash game that is social and real-time.

We’re bringing this type of game to regulated markets, and it’s still early days for such interactive iGaming experiences. As shown with our debut release Astro Boomers: To The Moon, the demand is there.

Q: What social trends should iGaming draw inspiration from to create the next generation of content?

A: Rather than simply examining social trends, it’s important to analyze how users currently consume media. The idea of watching someone else play a game would have been crazy to the players of two decades ago. Now, however, younger gamers on streaming platforms such as Twitch and YouTube watch videos of others playing for an average of almost two hours and forty-five minutes every day. And the success of twitch streaming channels for solitary slot games proves there is a market for this in iGaming.

We know that gamers prefer games with active participation. Hence skill or perceived skill is essential to them, add to that community and fast, exciting real-time gameplay, and you have a winning formula for success in igaming.

EyeSpy's Jo Sykes: Lack of Relevant Candidates in Emerging Markets Is an Obstacle We Help Overcome

Betting service kwiff has teamed up with Xtremepush, a company that focuses on multi-channel experience and engagement marketing. Through this partnership, kwiff will have the opportunity to increase its player outreach strategy, the company informed in a press release.  Thanks to this collaboration, kwiff hopes to continue delivering important growth milestones over the coming years. […]

3 Oaks Gaming continues to grow and build up momentum in the European iGaming market. The company, which specializes in the distribution of iGaming content, has signed a new partnership with Cosmolot. This will allow the supplier to deploy popular games such as Aztec Fire, Eggs of Gold, Lotus Charm, and others. Cosmolot Is Committed […]