At the beginning of July, FanDuel decided to stop describing its products as “risk-free”, but instead use the “no sweat” term. Just a few days after, the fantasy sports, casino, and sports betting operator hired a marketing agency to help its brand gain more visibility in the context of the growing online casino gaming vertical. Now, the group that is considered the top online gaming company on the North American continent announced the promotion of Andrew Sneyd to the position of executive vice president of marketing. In the past, Sneyd filled the position of senior vice president of brand for the group.

In his new position, Sneyd will be responsible for carefully observing the group’s growth in different fields, including media, marketing, customer engagement, and all core marketing operations. He will also work on building and strengthening FanDuel’s brand and product marketing strategy and get involved in additional departments including customer insight, creativity, press relations, and partnerships.

Sneyd was Priceline’s vice president and head of brand marketing & strategy for almost four years before joining FanDuel in January 2021. Before that, he spent more than eight years with Anheuser-Busch InBev where he filled different positions including lead for Budweiser’s award-winning Super Bowl creative ad. His proven record of success in driving growth for the iconic brands was visible through the impressive growth from$4B to $6B. He spent another eight years as marketing director for Labatt Breweries of Canada.

Sneyd has over two decades of experience in global marketing, with special emphasis on the Fortune 100 consumer packaged goods and technology vertical. While still FanDuel’s senior vice president of brand, Sneyd managed to perfect the group’s marketing engine and make it so impactful that the group was ranked as the number one Sportsbook in the US. At the same time, FanDuel considerably extended its leading position over its main competitors.

The group’s chief commercial officer Mike Raffensperger spoke about Sneyd’s arrival at FanDuel, describing how the new executive vice president of marketing rapidly managed to elevate the group’s marketing efforts while continuing its “explosive growth”. He also mentioned what were the group’s expectations regarding Sneyd’s new position, expressing that FanDuel hopes he will keep making moments matter more for its customers.

Sneyd describes himself as an inspiring mentor read to motivate high-performing teams to excel in environments that are not highly ambitious and matrixed. 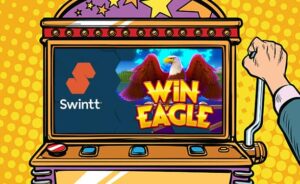