This wasn’t something many people considered less than just 10 years ago, but thanks to the rapid development of technologies, we can now have a casino in our pockets. In light of this, it is imperative that legislation keeps up, otherwise, nobody wins at the end of the race.

A boy of 16 lost thousands of pounds (UK currency) in gambling over the span of a few weeks. The gambling spree was spurred by the young teenager being exposed to a gambling ad during a soccer match. He then went back home and created an account with his dad’s information and started gambling easily. The boy’s story is part of a growing catalogue of similar unfortunate situations in the UK.

It was BBC that reported on the boy’s story, with a local Swansea man – Nick Phillips – being the person responsible for helping the boy overcome his gambling problem, as well as working with the boy’s family. They’ve currently stopped going to football matches, to avoid exposure, and try to avoid similar triggers altogether. BBC’s report also mentioned a presumably female gambler, aliased Emma, to protect her identity, who made a very sensible remark: UK’s Gambling Act is from 2005. The first iPhone is from 2007.

This is just another example that shows how severely outdated the infamous Gambling Act of 2005 really is. The UK government has repeatedly delayed the publishing of a white paper on gambling, with news of it being close to finished dating back to – at the very least – March this year.

Gambling advertising was also one of the main subjects of discussion back in around that time. Things seemed to progress a bit further in May, when the Department for Culture, Media and Sport wanted to dilute some of the measures that were newly proposed. This sparked a harsh fightback by the opposition.

However, instead of propelling the legislation further, this marked the beginning of a legislative see-saw, which rendered the government useless in concluding the process. There was no progress made in the following month either, with the government officially postponing the white paper yet again in June.

The trend is pretty obvious by now – month after month, the government was functionally inactive on the matter, and there was yet another delay in July. The fate of the white paper was is still unclear when Liz Truss began her brief Prime Minister tenure, and this continues to this day, prompting even more PMs and organizations to push for the reforms to happen as soon as possible.

With this 16-year-old boy’s story, it’s probably never been a safer bet to say that nobody is immune to the dangers of gambling and its potential to do harm. Regardless of age, or location, limiting the exposure of those most vulnerable, and helping those affected, should be the industry’s key focus if it’s going to develop sustainably. 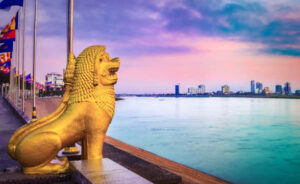 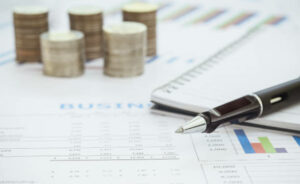