After suffering for 12 years of addiction, an Australian woman was reported to have lost more than $350,000 gambling. What do you think the cost was for 56-year-old Aaron, who had started gambling at a very young age? He says he could’ve bought a house if it wasn’t for his addiction.

An Australian man was enthralled by gambling for nearly half a decade until he was finally able to find his way out of his debilitating addiction. The Guardian reported on the story of Aaron Perkins-Kemp-Berger – a 56-year-old man from Alice Springs, who managed to get out of his addiction after performing in a play that was inspired by many of his real-life experiences.

For him it had started as a kid, playing card games with their pocket money. As he got older, the Guardian report continues, he had started sneaking into casinos, upping the stakes, and keeping his addiction. The final nail was slot machines, or pokies, as they’re called in the Down Under. He described his games at the pokies as feeling like a normal thing – like having breakfast or breathing.

It’s not difficult to imagine, then, that soon after most – if not all – of his money would start to go to gambling. This is where the problem starts getting really serious – when the player’s salary starts melting into slot machine games. This often means no savings, overdue bills, and often – even debt.

The Guardian’s report cited professor Dan Lubman, who is a clinical director at Turning Point – an addiction treatment and addiction centre, as well as a professor of addiction studies at Monash University. According to Lubman, as well as the overwhelming majority of academics and researchers, slot machines aren’t facing regulation that’s focused on the player, which is largely accepted that it could provide some benefits for the player’s health.

By design, everything from the look and feel of the game, to the sound ques and mechanics of it, is meant to bring enjoyment to the player and make them come back for more. This is a classic trait of an addictive product, and with the scale of problem gamblers in Austria, perhaps regulation focused on the operators, instead of the players, might be a good idea to look into.

Just a couple of weeks, however, the Australian government introduced a new measure that, again, focuses on the consumer. It mandated that all online gambling ads should carry new taglines that are meant to replace the rather flaccid “Gamble responsibly” slogan that was required before. The government has provided a variety of options containing more clear messaging, warning players of the potential for harm and losing money. And, Australians are losing a lot of money on gambling, ranking first in the world with spending per capita of the population.

The problem of gambling addiction is not limited to Australia, of course, but since it’s so widespread, more than 1.3 million people are affected yearly. It can affect anyone, and often the stories are similar to Aaron’s. A mother of six was suffering from problem gambling for about twelve years, which cost her $350,000 over the course of her addiction, but the problem isn’t even limited to everyday Australians.

Stress is a known factor that can predispose a person to a specific behavior, and in the case of the Australian Defense Force (ADF) veterans, it exacerbated their already-developed problem. Coupled with social stigma, ADF vets were a perfect target for such a devastating problem to fly under the radar. It took years to identify, and a study from this year uncovered just how deep the problem was spreading. 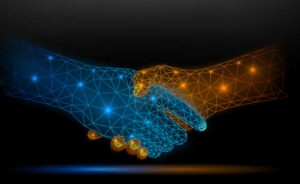