As Blackstone prepares to acquire Crown Resorts, the casino company inquired about its investors’ opinion on the deal. As it turns out, most of them support the takeover.

Blackstone, an American investment management company, announced its intentions to acquire Crown Resorts. The Australia Foreign Investment Review Board reviewed the deal and gave it the green light. It was now the investors’ turn to vote on the deal.

After a brief delay, shareholders finally got to express their opinions on the agreement. According to the results of the voting, an overwhelming number of investors support the deal. In total, over 92% of all Crown shareholders favor Blackstone’s takeover bid.

Crown will appear for a court hearing on 24 May but there are still regulatory matters to settle before the parties are able to close the deal. As Blackstone is still in receiving approval by Australia’s regulators, Crown will demand an adjournment until June 6.

Ziggy Switkowski, the current chairman of Crown Resorts, commented on the deal. He said that the process is now entering its final stages, which will have to extend into June. Switkowski emphasized that the scheme is conditional on the regulatory approvals that Blackstone has to acquire.

The Deal Still Has a Way to Go

Blackstone first proposed to buy out Crown Resorts for $5.6 billion (in USD). However, the latter company was unsatisfied with the proposition. At that time, Crown’s business suffered because of several inquiries that brought some of the company’s misbehavior to light. It turned out that a few of Crown’s venues in various Australian regions were incompliant with the local regulations. This caused Crown a lot of trouble and almost cost it its license in Victoria.

As Crown introduced changes to its leadership and began to recover after the tough period, Blackstone made a second takeover proposal. This time, the equity company put forward $6.26 billion for the acquisition. After carefully considering the offer Crown Resorts agreed to the terms.

After a few months of negotiations, Crown Resorts and Blackstone are closer to finalizing the deal than ever. All that remains now is for Blackstone to pass all relevant regulatory approvals and for the court to approve the agreement. 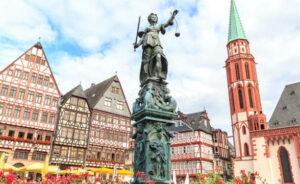 Industry May 20, 2022
Frankfurt Court Orders a Casino to Refund All Deposits Made by a Player