Crown Resorts may be in trouble but it is not selling on the cheap – that was the message sent by the Australian land-based casino company to Blackstone Group and all other potential suitors on Thursday.

Bid Does Not Reflect Crown’s Value

Crown Resorts reacted to the latest offer by Blackstone in which the private investment group tabled A$12.50 per share in a total consideration of A$8.5 billion ($6.2 billion) to acquire the business of the troubled casino company.

Crown said that as the latest offer “does not represent compelling value,” by giving access to its accounts to the US buyout firm as part of non-exclusive due diligence, it expects to facilitate an improved bid that will adequately reflect the value of the company. Any such provision of non-public information would be conditional on Crown and Blackstone signing a confidentiality agreement.

Crown Resorts has been subjected to regulatory probes for more than a year and in February the operator was found unsuitable to hold a casino license for its newly built casino resort on the waterfront in Sydney. Following that decision, regulators in Perth launched a similar investigation into the operator.

In October, Crown received another blow, this time in Melbourne, being given two years to address a litany of wrongdoing related to its flagship casino after an investigation found out violations ranging from underpaid taxes and money laundering to taking advantage of problem gamblers.

Despite the deep regulatory quagmire Crown is in, there was no lack of suitors to acquire its assets and operations, lured by the casino monopolies Crown holds in two Australian cities and its new casino resort in Sydney. Even Crown’s local rival The Star Entertainment Group joined the fold.

Blackstone, the second-largest shareholder of Crown with a 9.99% stake, initially approached Crown Resorts in March with an offer of A$11.85 per outstanding share of capital valuing the company at A$6.2 billion ($4.4 billion) and then added a regulatory condition that Crown keeps all of its operating licenses in Perth, Sydney, and Melbourne.

Having seen its opening bid rejected, Blackstone tabled another one in May, this time offering A$12.35 per share of capital but Crown Resorts again considered the proposed price as being too low. Now it is clear that A$12.50 will not be enough either.

Referring to its shareholders, Crown advised them against any action in relation to the latest development as there is no certainty that discussions between both firms would lead to the materialization of an improved Blackstone offer.

Citizens in Ballarat, Victoria, are going to be the first to try out the Andrews Labor Government’s new approach to providing more personalized help to those affected by gambling harm, and it all starts with a simple question by a health practitioner, inquiring if the client is gambling or not. Possibly the Future of Gambling […]

An independent inquiry in South Australia requested public submissions from interested parties and stakeholders ahead of the launch of the probe into SkyCity Adelaide casino. Gathering Public Evidence The inquiry was announced earlier in the month when South Australian Liquor and Gambling Commissioner Dini Soulio hinted that inquiries into Crown Resorts and The Star Entertainment […]

Commonwealth Bank of Australia Executive Scott Wharton is joining Star Entertainment Group taking up two prominent positions within the company – CEO of the company’s casino The Star Sydney and Group Head of Transformation. Wharton’s Strong Background and Experience The announcement of Wharton’s appointment follows another important shift in the company’s top executive team with […]

The Australian state of Victoria’s Alliance for Gambling Reform, a collaborative campaign to reduce gambling harm in the country, calculated that players had lost $66 billion during the past 30 years. The organization used data gathered from the Victorian Gambling and Casino Control and found that Australians currently rank first in average gambling losses at […] 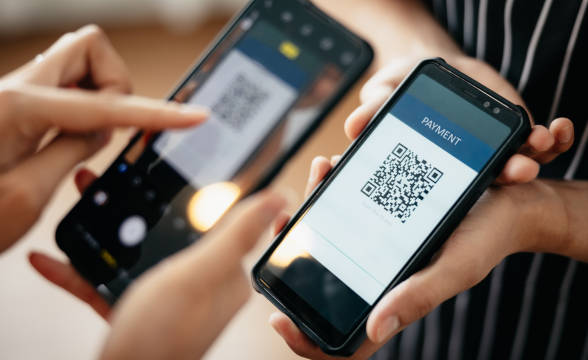 Wests Group’s Newcastle club will trial the newest initiative to introduce cashless gaming machines in Australia’s New South Wales (NSW) province. The program will begin next month and will encompass several hundred players. It will introduce a specialized digital wallet that will help with player protection and prevent money laundering. The idea for cashless gaming […]