“According to the Chinese laws and regulations, gambling in whatever form by Chinese citizens, be it online gambling or gambling overseas is illegal.“

Justice Secretary Remulla acknowledged that the Philippine government is prepared to further crackdown on illegal gambling activities in collaboration with Chinese authorities. Additionally, he pointed out that any form of gambling regardless if online or overseas is illegal for Chinese residents under Chinese laws. Acknowledging the recent crime wave related to illegal gambling, Justice Secretary Remulla pointed out that those incidents “not only harm China’s interests and China-Philippines relations, but also hurt the interests of the Philippines.”

The ongoing efforts against POGOs resulted in the shutdown of approximately 175 such operations. This left some 40,000 Chinese residents without jobs. A large portion of those individuals may reside in the Philippines illegally. What’s more, last week, Philippine authorities shut down two POGOs and rescued more than 140 foreign workers. The crackdown was the result of collaboration between the Department of Interior, the Local Government, the National Police and PAGCOR.

“It is appreciated that relevant Philippine law enforcement agencies rescued a number of Chinese citizens and shut down some POGO companies during their recent operations.“ 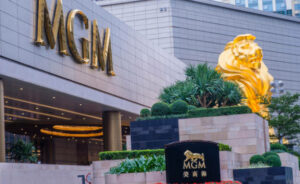