MGM Resorts International, which has held a Macau casino license for the past 20 years, is confident it will acquire a license again in the new tender for casino concessions, which will be valid for the next 10 years. The Macao SAR Government announced the new tender at the end of July.

The Macao SAR Government announced the tender back in July and the government opened it up for bids on July 29. Casino operators had 48 days to submit their proposals so the tender closed for bids on September 15.

All six casino concessions in Macau, which were valid for the past twenty-year period, are expiring on December 31 this year. The Macau SAR Government has made a commitment that it is going to finish the tender and assessment process by the end of the year so that the new licenses are effective from January 1, 2023.

Seven companies have submitted bids to the concessions tender. MGM China is among the six casino operators that currently hold a license in Macau. They all applied for a renewal of their concessions with a total of six licenses being available.

At a Deutsche Bank Leveraged Finance Conference on September 21, MGM Resorts International CFO Jonathan Halkyard assured investors that MGM is positive it is going to get a renewal of its casino operating license in Macau. At the conference, Halkyard also discussed the future financial expectations for the company and also talked about the group’s strategic plans for the upcoming years.

The Seventh Bid by Getting Group Affiliate GMM

However, a seventh company, which is Genting Group affiliate GMM Ltd., also applied for a license just before the tender closed. The six companies, which have been present in Macau for 20 years, have made a lot of investments in the former Portuguese colony, but the last-minute proposal has a strong position.

Considering the fact that Macau’s government’s main priority in this tender is attracting foreign customers and diversifying the range of tourists in Macau, GMM’s proposal seems quite attractive. This is because Genting Group operates cruise ships and has casino operations in Malaysia, Singapore, and the Philippines, which means that the seventh bidder has access to a large pool of foreign clients.

MGM is hoping to develop another important project in Asia. Together with Japanese partner ORIX Corp, it has submitted a proposal for an integrated casino resort in Osaka worth $9 billion. The two companies were named as preferred partners by the Osaka city prefecture back in September last year and a bid for the development of the project was submitted in April this year.

The project for the integrated resort includes not only a casino but also hotels, restaurants, and other facilities.

Before the project starts, however, the Japanese government first needs to pick the locations where gambling will be allowed and then grant licenses to casino operators.

Despite the slow process, Halkyard has expressed his optimism about the successful start of the Osaka project. 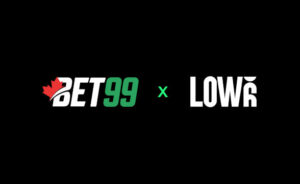 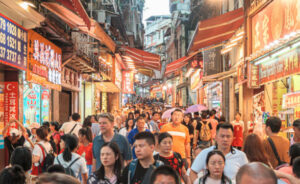