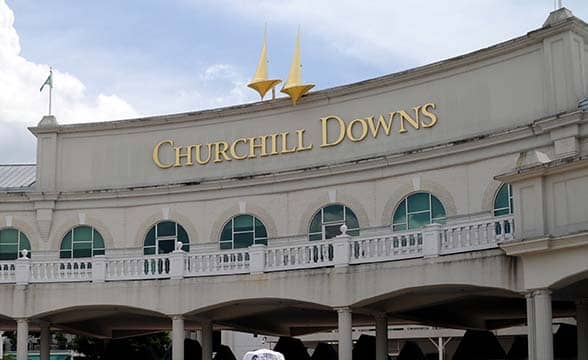 Horse racing and betting company Churchill Downs Incorporated has penned a key deal that will see it add another property to its portfolio. The horse racing giant will pay $79 million to acquire Ellis Park Racing & Gaming along with the Ellis Park thoroughbred racetrack in Henderson, Kentucky and the opportunity to open a new HRM venue.

Churchill Downs to Add another Racetrack to Portfolio

The deal will see Enchantment Holdings transfer the full ownership of the facility to Churchill Downs. As a result, the latter company will come into possession of a whole racetrack with an adjacent gambling facility and 300 historical racing machines. This will help Churchill Downs greatly expand its presence in the Bluegrass State.

Churchill Downs will furthermore acquire Ellis Park’s right to construct a track extension facility at Owensboro’s Towne Square Mall. This means that Churchill Downs might open a new gambling venue with as many as 600 historical racing machines. The facility is also planned to include dining options and a simulcast betting center.

As of the time of this writing, few details were shared about the agreement between Churchill Downs and Enchantment Holdings. However, it is known that the aforementioned agreement is still subject to approval from the Kentucky Horse Racing Commission, the state’s horse racing regulator.

The Deal Was Praised by Kentucky’s Gov

Bill Carstanjen, the chief executive officer of Churchill Downs Incorporated, said that the company’s team remains committed to Kentucky’s thoroughbred horse racing industry and hopes to establish a summer meet that attracts more talented trainers from all over the US.

Andy Beshear, governor of Kentucky, noted that Churchill Downs’ announcement is excited, considering the company’s expertise in horse racing. He is sure that the horse racing juggernaut has what it takes to reinvigorate Ellis Park and turn it into an unmatched horse racing and betting destination. The governor lauded Churchill downs as a great company and an inseparable part of Team Kentucky.

September has been a very busy month for Churchill Downs so far. At the beginning of the month, the company announced that it has finalized the acquisition of the Chasers Poker Room in New Hampshire. This helped the company expand its HRM footprint into a fourth state.

A few days following that announcement, Churchill Downs inked a historical agreement with FanDuel, one of the leaders in US gambling. As per the agreement, the former company agreed to power its new partner with premium horse racing content.