Betsson, an international iGaming and online sports betting operator, has formed a strategic partnership with the National Association of Professional Football (ANFP) in Chile. As per the agreement, the operator will become the official naming sponsor of Chile’s top soccer division.

The deal will see the Chilean First Division soccer league renamed Campeonato Betsson. This notable deal attests to the seasoned operator’s commitment to supporting professional sports in the LATAM region and beyond.

The agreement comes just ahead of the Campeonato Nacional and will see Betsson work to nurture Chilean pro soccer. As an experienced sports betting company, Betsson recognizes the importance of supporting the development of elite sports.

This isn’t the first time the operator has worked together with the ANFP. An earlier agreement between the two parties saw Betsson sponsor the Ascenso Betsson tournament in 2022. Prior to that, the gambling company also supported events such as the women’s championship in 2022 and the men’s Copa America in 2021.

Pablo Milad, the president of the ANFP, said that his team is glad to have Betsson’s support and is sure that the agreement will help the development of the first soccer division and Chilean soccer as a whole. Milad revealed that he cannot wait for the beginning of the championship.

We look forward to the 2023 competition, set to commence this Friday, which we are sure will be a highly engaging and captivating experience for the fans, as a result of the high stakes and the clubs’ efforts to be the leading contenders.

Hartvig also teased that the partnership with the ANFP will see the two parties work on various integrity-oriented initiatives, promoting safer gambling and discouraging match-fixing and fraud. The goal of these activities will be to teach people that online sports betting is a form of entertainment to be enjoyed responsibly and safely.

Betsson has long had a presence in Chile. The operator sponsored the Colo-Colo during the entire 2022 season and served as the official betting partner of the Chilean National Team during the FIFA World Cup 2022 qualifiers. The operator also used to sponsor the Campeonato Ascenso.

Latin America remains a core market for the betting operator. A few days ago, the company minted a similar agreement in Peru, securing naming rights for the Peruvian Liga 1. 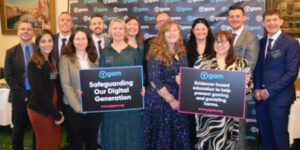 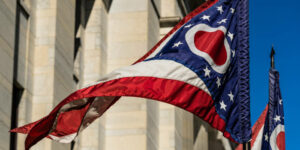