BETER’s Setka Cup, an international table tennis platform, has opened a brand-new venue in Gdańsk, Poland. It’s the 13th overall such venue launched by BETER in support of its Setka Cup, and the first one to be based in Poland, the company confirmed. All of this is part of a larger expansion strategy that BETER has for its product with the new venue hosting one tournament a day.

The tournament will be based on a round-robin system and will feature six players who compete for various prizes. Each tournament will include 15 matches, and BETER expects to be able to provide audiences and partner operators with more than 450 additional matches to watch every month.

Setka Cup has been successfully expanding across the board, having launched similar venues in Prague and Chisinau, and a range of Ukrainian cities, to name Sumy, Lviv, Dnipro, and Kyiv. Setka Cup has also been collaborating with a range of local table tennis federations and associations to ensure that it has a constant stream of players who are keen to play.

Presently, Setka Cup hosts more than 10,000 table tennis events every month, making it one of the biggest assets to BETER Sports. Each match lasts approximately 30 minutes, which means that there are around-the-clock events and footage for table tennis fans and bettors to enjoy. Commenting on the latest launch, BETER Sports general manager Maria Mashchenko said:

We are thrilled to share news about the Setka Cup’s international development. The launch of the new arena will strengthen and expand our tournaments and sports community, which already consists of 800 athletes.

Mashchenko assured that all Setka Cup events are tailored to the highest integrity and industry standards and that BETER uses its own in-house technology to ensure compliance and fairness. Setka Cup is a project, the general manager added, that meets both the needs of next-generation users as well as the high demands of the betting industry. 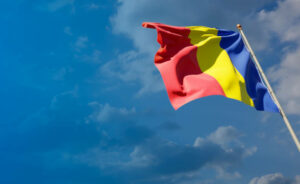