Push Gaming, a leading developer and supplier of iGaming content, has expanded its content reach in Romania through Crowd Entertainment, a local operator that owns and runs four local brands. This will significantly expand Push Gaming’s presence in the Eastern European market, with Push games now appearing on Magnumbet, CashPot, Luck Casino, and Princess Casino.

Push Gaming Doubles Down on Romania with Crowd Entertainment

This builds upon the momentum the supplier has had in Romania since the end of 2021 when the company made its first move into the country. Moving forward, all aforementioned brands will benefit from a range of slot experiences that have been developed by Push to deliver an outstanding overall experience.

Push Gaming is the author of such titles as Retro Tapes, Generous Jacks, Mystery Mission – To The Moon, Space Stacks, Deadly 5, Mad Cars, and many others. Showing originality in design and execution both, the company is committed to continuing to break commercial partnerships in regulated markets, which is precisely why this alliance with Crowd Entertainment has been formed.

Push Gaming head of sales Fiona Hickey welcomed the opportunity to team up with Crowd and its leading brands and added that was indicative of the supplier’s own presence in the country and the trust it has earned from leading casinos. All four names run by Crowd are respected names in the Romanian iGaming market which will now benefit from the very best titles Push Gaming has ever designed.

Crowd Entertainment head of CRM Daniela Asaftei was similarly pleased to see this partnership through. She added that Push is a great addition to the growing list of suppliers the group now has. The content provided by the supplier is a “perfect match” and it is going to make for an even more worthwhile experience moving forward. 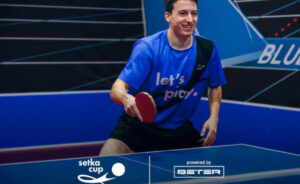