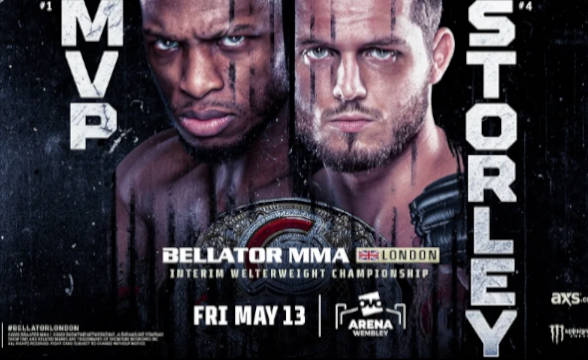 Bellator 281: MVP vs. Storley a.k.a. Bellator London is on the program on Friday, May 13. The headliner is the most exciting bout of the event as it pits Logan Storley against Michael “Venom” Page in a battle for the interim Bellator Welterweight World Championship.

If you would like to bet on this fight, you’re at the right place. We’re now going to analyze the bout, dissect the odds, and share our pick for the title bout.

All odds are per FanDuel as of May 10.

MVP is seen as the underdog in Friday’s fight, which may come as a surprise to some knowing that his professional record is 20-1. He’s a true Bellator MMA legend, which is the promotion he’s been aligned with since 2013.

Page’s only loss happened in 2019 when he got KO-ed by Douglas Lima. Since then, he’s won six straight fights, the most recent of which was a win over Lima. It happened last October when Page beat his foe by split decision in London.

With such an impressive portfolio, it’s no surprise that MVP was given a shot at the title. What is surprising is that he’s not the favorite in the title bout.

Storley is 13-1 in his professional career, with his only loss happening in 2020 when Yaroslav Asimov beat him by split decision. He’s been fighting under the banner of Bellator MMA since 2017, winning against such fighters as A.J. Matthews and Neiman Gracie.

Thanks to his impressive run, Storley was awarded the opportunity to win the title. However, just a few months ago, he wasn’t in Bellator’s plans regarding the title bout. Instead, Amosov was supposed to defend his title against MVP. However, the Ukrainian fighter decided to vacate the title due to his participation in the war in Ukraine.

With the betting odds of +230, Michael “Venom” Page looks like a very good bet. He’s a seasoned fighter with plenty of experience fighting at an elite level. That said, if we see him win on Friday, no one should be surprised.