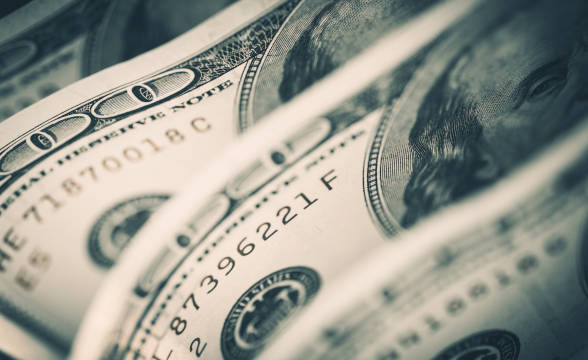 On September 2, a player banned from the Isle Casino Hotel in Bettendorf, Iowa, was caught trying to exchange a fake foreign currency bill for US dollars.

Bettendorf citizen Mark Hampton, 37, has a history with the Isle Casino Hotel Bettendorf. With a criminal record of more than 30 cases against him, the casino got fed up with him trying to cheat in various ways and imposed a ban on Hampton entering the venue back in July 2021.

However, Hampton somehow managed to get into the casino on September 2 and presented the casino cage with a foreign banknote, which he claimed was worth $100.

After the cashier at the casino cage refused to perform the transaction, Hampton tried to leave but was caught by the police. It turned out the foreign bill was fake. Yet Hampton kept claiming that it is a legitimate banknote.

Hampton Presented the Police with a Disputable Story

After being questioned by the police, Hampton did eventually confirm that he was perfectly aware that he is banned from entering the Isle Casino Hotel Bettendorf.

He claimed though that he just went in to perform the money exchange of his foreign currency note and had no intention of actual gambling.

Both the police and employees at the Isle Casino Hotel Bettendorf found this very suspicious as there are plenty of banks and credit unions in the area which offers foreign exchange services. Furthermore, the casino exchange includes a considerable fee that can be avoided if a customer uses such a service at a bank.

The Charges Against Mark Hampton

The Scott County state prosecutor has already filed charges against Hampton on the count of forgery. Trespassing charges due to Hampton ignoring the ban imposed by the Isle Casino Hotel Bettendorf on his entrance at the premises will be filed at a later stage.

Hampton was detained for a short period of time at Scott County Jail but was later released under his own guarantee. The hearing of his case is scheduled for September 23.

According to the filed charges, Hampton may face up to 5 years imprisonment and a maximum fine of $10,000 in addition to legal costs.

The Isle Casino Hotel Bettendorf is operated by Caesars Entertainment. The casino spans over 35,000 square feet and offers its guests a range of slot machines, table games, and a sportsbook. The integrated casino resort includes a hotel with over 500 rooms and suites. It also has a variety of dining amenities, a theater venue for concerts and shows that has a 1,700-seat capacity, and a pool.