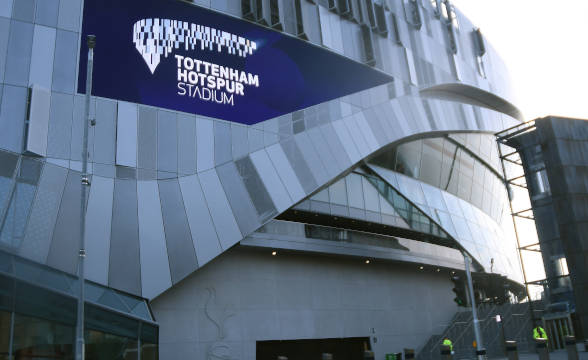 Manchester City vs Tottenham is arguably the most exciting matchup of the 2022-23 Premier League Round 7. These two are the only teams that are still undefeated this season, each with a 4-2-0 record (14 points).

Oddsmakers, however, think the Spurs’ undefeated run will end on Saturday. They see Man City as the odds-on favorite in this game, one of the main reasons being that Pep Guardiola’s men have a 100% win rate at Etihad Stadium in the 2022-23 season.

However, there’s one thing that needs to worry them – the last time they played Tottenham at home, they lost 3-2.

It wouldn’t be an overstatement to say that Man City is the most impressive team in the world right now. They are undefeated in the 2022-23 season, not just in the Premier League but in the UEFA Champions League as well. They played their first UCL game on Tuesday, beating Sevilla 4-0 on the road.

They did slip in the Premier League last weekend, playing 1-1 with Aston Villa. Still, the thing is that Lady Luck wasn’t on their side in that game. Even though they were far superior to the Villans, they just failed to find the net more than once.

The fact that the game finished 1-1 is a huge surprise, knowing how amazing Pep Guardiola’s men have been in the offense this season. They scored a total of 20 goals in the first six rounds of the Prem, with the Villa game being the only one in which they didn’t put way two or more goals.

Tottenham Know How to Get the Job Done

Although the Spurs haven’t been as dominant as Man City, they have collected plenty of points so far in the Prem. They’re now sitting in the #3 position in the EPL standings, just behind Sky Blues who also have 14 points. The reason why the Spurs are a spot lower is that their score differential isn’t as impressive (12-5).

Antonio Conte’s men scored more than two goals in only one EPL game this season. This, however, doesn’t mean they’re not dangerous in the offense. On the contrary, with Harry Kane and Richarlison, they look like one of the most dangerous teams in the Prem.

Manchester City should win this game, but it’s not going to be easy. We expect Tottenham to fight back, possibly scoring a goal or two.