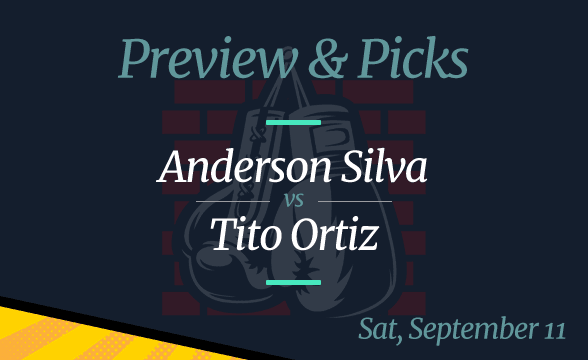 The headline fight between Evander Holyfield and Vitor Belfort is going to be a major draw and not least because former President Donald Trump has agreed to weigh in as commentator. The former POTUS will have a lot on his plate as Holyfield v. Belfort is hardly the only worthwhile event. Two household names from mixed martial arts (MMA) are also stepping out in the ring with Anderson Silva and Tito Ortiz donning the boxing gloves.

Both men are absolute legends in MMA, but they will have to suppress those instincts and focus on the much more technical fighting sport that is boxing. Silva has already been able to dispose of the former world boxing champ Julio Cesar Chavez Jr as part of the UFC fighter’s boxing debut. However, he will have to definitely pay attention to Ortiz who is a UFC light-heavyweight former champion as well. The fight is shaping up as a great warm-up to the main event and we now take a look at what the oddsmakers think would happen next.

Where and When to Watch Anderson Silva vs Tito Ortiz

Silva Comes in as Heavy Favorite

Anderson Silva is a formidable opponent to face in the octagon or in this case, the boxing ring. Silva has a 34-11-0 record in the Ultimate Fighting Championship, which makes him a true legend in the sport. As he has aged, though, Silva has decided to switch to boxing, an arguably less violent sport, but just as dangerous when facing the likes of Ortiz.

Yet, Silva is posted at (-1400) to win which guarantees him an easy fight according to most bookmakers out there. Silva sports 77″ reach and he has taken out Julio Cesar Chavez Jr, another legend in boxing. His chances against Ortiz look great because he has taken up to boxing and adopted all the small idiosyncrasies that make great fighters successful in this sport.

Tale of the Tape: Silva vs Ortiz

Does It Make Sense to Root for the Underdog?

Ortiz is arguably far less accomplished in the UFC and his boxing career is only getting started. With this in mind, the bookies don’t see Ortiz walking away as a winner on Saturday. In fact, Silva jumped straight into boxing whereas Ortiz did a brief stint as a politician but his term ended up mired by various controversies that quickly forced him to resign and return to his roots.

However, Ortiz is not really bidding his time and he is taking straight on Silva who has been preparing. Tito revealed that he was 212 lbs during his last weigh-in last Sunday, but he seemed confident that he’d make the 195 lbs cut-off before the fight. “I will cut a leg off if I have to,” he vowed.

Ortiz is locked for the fight this weekend, but the underlying problem remains. He is moving too quickly and biting more than he can chew. Silva has had time to learn how to box, work on his weaknesses and acknowledge that he is hardly the best boxer. Ortiz seems keen for a rebound after a botched political term – that is never a good reason to box.

2021 Italian Grand Prix: Odds, Date, Time, and Where to Watch