European lottery operator Allwyn and Cohn Robbins Holdings Corp. are in talks for a potential merger, a Bloomberg report based on unnamed sources claims.

According to the report, if a deal is to be finalized, it would be as early as January next year as the SPAC attempted to raise funds in a private investment in public equity (PIPE) in support of the transaction and the total valuation of the transaction is unclear at the moment.

Former president and chief operating officer of Goldman Sachs, Cohn, left his executive position in the investment bank to join the advisory team of President Donald Trump as his chief economic adviser, while Robbins is known for founding Blue Harbour Group activist hedge fund which ceased operations in 2020.

The Path to Global Expansion

Allwyn, the new name of Sazka Entertainment, which rebranded earlier in the month to better reflect its ambitions for international expansion to “evolve from a pan-European lottery operator into a global business,” runs lotteries in Austria, the Czech Republic, Greece, Cyprus and Italy.

The lottery operator is currently looking to add the UK to its lottery portfolio by participating in the tender for the fourth UK National Lottery license, looking to fend off competition from Italian operator Sisal and Northern & Shell. Earlier in the year, the gambling group hired the services of Brent Hoberman in a board advisory role to help its bid for the license.

In March, the private investment fund with serious interests in the gambling industry Apollo Global Management invested via its affiliates €500 million ($566 million) in the gambling group that has a pro-rata net debt of $1.5 billion according to its latest filings.

Representatives from both Cohn Robbins Holdings Corp. and Allwyn declined to comment on the information provided in the report. 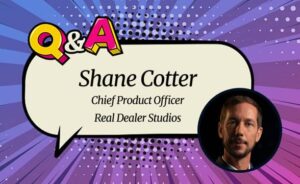