The event reunites for the second time business personalities from the gambling sector along with league executives and personalities. AGA has issued invitations to select individuals in the sector to discuss the future of the industry.

Since PASPA was overturned with a decision of the U.S. Supreme Court in May 2018, 20 states have legalized their sports betting industry. Mr. Silver, who is now invited to as one of the headline speakers, was one of the first to embrace legalized betting and back off a controversial idea for the introduction of an integrity fee that was ultimately dismissed.

The summit will focus on discussing the future of the industry, including the technological aspect of sports betting as well as market expansion. Mr. Silver’s position has been one of continuous endorsement.

Even back in 2014, he had already been asking for an opportunity to bring illegal sports betting into “the sunlight,” and create the necessary legal framework to regulate this industry. His continuous endorsement hasn’t paid off immediately, but it has been one of the drivers for legal sports betting success.

AGA VP of Strategic Communications, Casey Clark, will also speak alongside Mr. Silver, offering insight into public perception of the industry and what can be done to better the current situation. However, Mr. Clark clarified that the reception of the segment has already been reassuring.

Even more importantly, though, the focus will be on the maturity of the industry rather than the legal challenges, as those have been falling one after the other.

So far, there have been 70 partnerships between various entities within the gambling and sports sectors, including sportsbooks, major sports leagues and gambling companies. Based on AGA data, this number should increase to 100 active partnerships by the end of 2020.

Executives from the Entire Industry Flocking to the Meeting

AGA is bringing a panel of speakers who understand the industry inside and out. Among the invited names is NASCAR President Steve Phelps along with DraftKings CEO Jason Robins and FanDuel CEO Matt King.

Genius Sports CEO Mark Locke will touch on the legal subject at a time when NASCAR and Genius Sports have tied a new partnership. NASCAR also teamed up with Penn National Gaming recently, marking the first partnership for the league.

NHL Deputy Commissioner Bill Daley and Yahoo Sports Vice President Geoff Reiss are also coming to the meetup.  Sports betting generated the impressive $13 billion in 2019, allowing executives to finally have a better understanding of the industry and drawing from a data based on an entire year.

Yet, 2020 should be more successful as nearly half of all states in the US have legalized the industry with many new entrants preparing their launch. 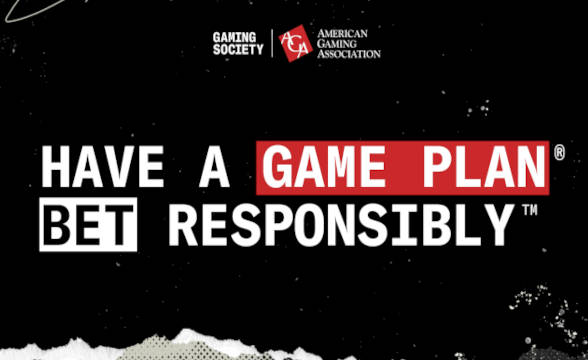 According to the American Gaming Association, this year’s National Football League season is going to have a record-breaking betting activity. The AGA expects bettors in the United States to put over 45.2 million on the line over the course of the football season. The predicted sum is 36% higher than the one in 2020.  The Numbers: Much Higher than in 2020 According […]

July was a great month for the US gaming market and shows clearly why there’s so much interest from operators around the world who want to get involved. According to a new report from the American Gaming Association (AGA), July was good for more than $4 billion in gross gaming revenue in the US, a […]