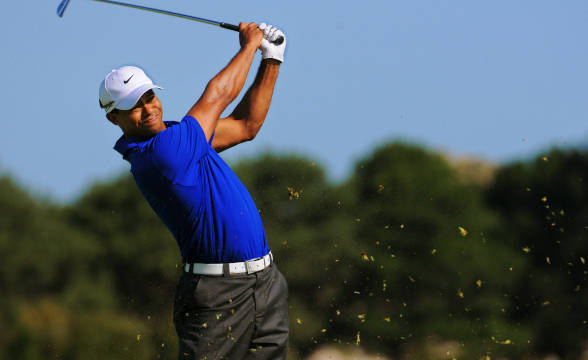 Thursday, April 28 is when the Mexico Open at Vidanta tees off. Although not many elite golfers are coming to Vidanta Vallarta, an exciting tournament is expected. The former world no.1 Jon Rahm is seen as a major favorite, with the odds of +350.

This makes him the only player with odds shorter than +1000. In fact, the role of the second favorite is shared by four players – Abraham Ancer, Kevin Na, Gary Woodland, and Cameron Tringale – all of whom are priced at +2000.

The big question is whether Rahm will win or if someone else is going to upset the odds?

When, Where, and How to Watch

Reasons Why Jon Rahm Is Likely to Win

Jon Rahm is returning to PGA Tour for the first time since tying for 27th at the Masters. It hasn’t been the best year for him, but there’s still plenty of time to improve his 2022 run.

His best achievement this season is the #2 position at the Sentry Tournament of Champions in January. Since then, he hasn’t done much, which cost him his spot at the top of the rankings. To get back there, he will have to do much better in the remainder of the season. Luckily for Rahm, he’s got a fantastic chance to win his first PGA event of the season this week. It’s because he’s by far the best golfer taking part in the Mexico Open.

In fact, only he and Abraham Ancer are in the top 20 of all the golfers competing at Vidanta Vallarta. That said, this seems like a chance he mustn’t fail to take.

Can Someone Upset the Odds?

If Jon Rahm is going to fail, who’s going to take advantage of the situation? Judging by the rankings, Ancer seems like the man who could take a shot at the trophy. His form might not be ideal, but we did see him put on some impressive performances last year.

Then, there’s Gary Woodland who’s been on a roll lately. The 37-year-old veteran might not be as a high-profile golfer as Rahm or Ancer, but he did do relatively well this year. In fact, we saw him finish tied fifth at the Arnold Palmer Invitational in March, which has certainly fed him with confidence.

It’s very likely we’ll see him do well this week, although winning the tournament is probably out of his reach.

This is a must-win for Jon Rahm. Winning this event could breathe life into his mediocre season, giving him a much-needed confidence boost. He sure does have the skills to win it, which is why the odds of +350 seem like a giveaway.

High-Risk Gamblers Make Up only 3.3% of Kindred’s Profits