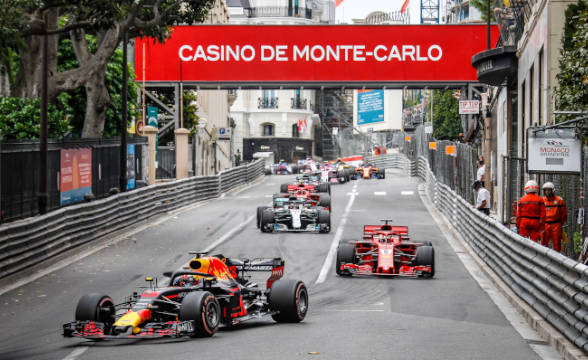 First run in 1929, the Monaco Grand Prix is one of the most prestigious events on the Formula 1 calendar. In 2022, the Monaco GP will be the seventh race of the season. Such, it can mean a lot for the drivers in their battle for the World Drivers’ Championship.

The thing is that the last season’s champion Max Verstappen is sitting at the top of the standings with four wins already. Winning another race could help him create a point gap his rivals might not be able to bridge.

Actually, the only driver who seems capable of overtaking the #1 position in the World Drivers’ Championship standings is Charles Leclerc. Born and raised in Monaco, Leclerc has an opportunity to make things way more interesting in F1 by getting a win in his hometown on Sunday.

Ferrari’s 24-year-old star has won two races this season. The first one happened in Bahrein in the F1 season opener. The other happened in Australia, where the reigning champ Max Verstappen retired from the race.

Leclerc also finished as the runner-up in two races. In another race, he finished sixth, while in the most recent F1 event – the Spanish Grand Prix – he had to retire from the race.

The result is that he’s collected 104 ranking points, which puts him in second place in the World Drivers’ Championship standings. Ahead of the Monaco GP, Leclerc has just six points fewer than Verstappen.

Reigning Champ Max Verstappen Looking for His Fifth Win in 2022

Driving for Red Bull Racing, Max Verstappen is the reigning F1 champion. He won ten races last season, including the Monaco GP. It was his first win on this course, but many think of him as the main favorite to win the race once again.

If he does win it, it would be his fifth win of the 2022 F1 season. Right now, he’s got 110 points – adding another 25 would certainly help his effort to retain the trophy in his possession.

Leclerc or Verstappen – one of these two will almost certainly win the 2022 Monaco GP.

Oddsmakers (slightly) favor the Monaco-born driver, even though his team has had some technical issues in the last couple of races.

When it comes to Verstappen, he might be coming to Leclerc’s hometown, but that probably isn’t going to affect him much. After all, he’s got the confidence on his side – he was the one to win the Monaco GP last season.