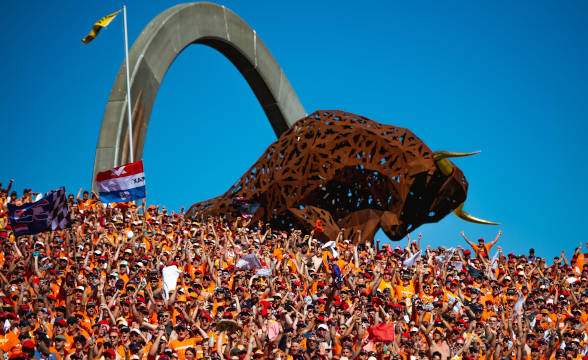 Last weekend’s Formula 1 action didn’t disappoint. We saw plenty of exciting moments last Sunday in the British Grand Prix, some of which were pretty scary –  Zhou Guanyu’s crash at the start of the race. Hopefully, we’re not going to see such things happen on July 10 at the 2022 Austrian Grand Prix. However, it’s very likely this race is going to be one of the most entertaining events of the year.

The reason? Verstappen is looking to bounce back after a disaster in the British GP and oddsmakers think he’s going to pull it off. However, his rivals from Team Ferrari – Charles Leclerc and Carlos Sainz – are likely to cause trouble for him.

Leclerc is widely considered Verstappen’s biggest rival, while Sainz is encouraged by his win in the previous F1 event. Then, there’s Lewis Hamilton who’s still looking for his first triumph of the season.

Max Verstappen suffered damage to his car in last Sunday’s race, the result of which was that he finished in the #7 position, his worst finish since the first race of the season.

This, however, didn’t cause too big problems for him in the World Drivers’ Championship. He’s still sitting at the top of the standings, with 34 points more than the second-placed Sergio Perez. What this means is that regardless of what happens on Sunday, Verstappen will stay in the #1 position in the standings after the 2022 Austrian GP.

Of course, he’d love nothing better than return to his winning ways this coming weekend. If he triumphs in Austria, it’s going to be his seventh win of the 2022 Formula 1 season.

Carlos Sainz in the Spotlight

Sainz’s best performance of his professional career happened last Sunday when he won the British GP. He was superb from the very start, taking the pole position – the first of his career – on Saturday.

Even though this was his first-ever F1 win, Sainz has been pretty good in 2022. In fact, he finished on the podium five times this season already. The chances are the same will happen on July 10, with the oddsmakers giving the price of -105 on him finishing in the Top 3.

Sainz’s teammate from Ferrari, Charles Leclerc is another driver who has a very good chance to triumph on Sunday. He’s won two races in 2022, although both of those happened early on in the season.

It’s no overstatement to say Lewis Hamilton is one of the greatest drivers in the history of Formula 1. He’s currently tied with Michael Schumacher for the most F1 World Drivers’ Championship wins with seven titles thus far.

The British driver won four straight F1 seasons from 2017 to 2020, before losing to Verstappen in 2021 by just two points. It’s needless to say that Hamilton would love to bounce back in 2022, but so far, he hasn’t been good. In fact, he’s still without a race win this season, with his best finish being #3. That happened in three races, including the previous two F1 events – the Canadian GP and British GP.

Are we going to see him on the podium for the third time straight? We think it might happen and the oddsmakers seem to agree, giving the odds of +180 on such a scenario playing out.

Max Verstappen is the betting favorite for a reason. He’s the best Formula 1 driver in 2022 who’d probably won the British GP last weekend if it weren’t for the crash in the early moments of the race.

Bacta: Next Gov Should Tend the White Paper ASAP