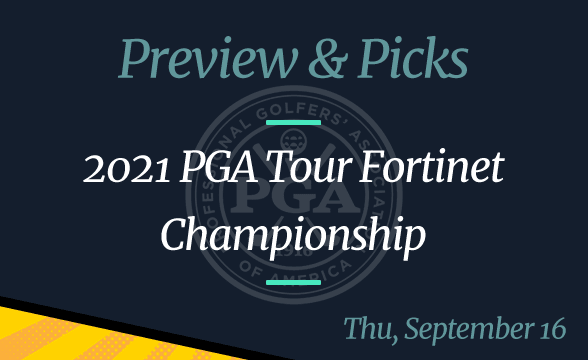 Following Jon Rahm’s near-miss in the FedEx Cup, the player is returning as a strong favorite to claim the 2021 Fortinet Championship this week. Held at the Silverado Country Club in California, Rahm will be looking to overcome a mixed field of competitors, although many pros gave the event a hard pass.

However, Rahm is not the only one swinging for a win with Hideki Matsuyama and Phil Mickelson joining the FedEx Cup runner-up. There will be 48 tournaments in the PGA Tour season, giving up-and-coming golfers a little time to get a sense of the competition and see how far they can make it when the actual events start hitting in.

Where and How to Watch 2021 Fortinet Championship

The event will be taking place at Silverado Country Club, California on Thursday, September 16. You will be able to follow the action on Golf Channel.

Rahm a Sho-in for the Upcoming Fortinet

Rahm is clearly well ahead of the field here and he is given a great chance to win. In fact, anything less would be unexpected. The golfer might still miss the first placement, but he will surely make it in the top five.

With his (+400) Rahm is clearly in the lead, but it’s not just the odds. He was consistently good during the FedEx posting numerous top-10 finishes and prying away numerous titles, including the PGA of America Player of the Year award.

Simpson and Matsuyama are also given fairly good odds, even if they failed to shine too much this season. Simpson is posted at (+1400) and Matsuyama is next with (+1600). None of the top contenders have won any of the last five events, though.

The only back-to-back winner in the past five years is Brendan Steele who won both in 2016 and 2017, who is given a long shot at (+9000) this time. Sure, his game has flagged since claiming the titles, but as an experienced golfer at Silverado Country Club, he is definitely not a long shot you would want to overlook.

What other dark horses are there? Well, that depends on how much you are willing to risk. Max Homa posted at (+5000) who has been able to always post good results in the competition, ending in the Top 10 and even coming close to winning.

Lastly, we have Doc Redman who is perhaps the longest pick you would want to consider here. He’s posted at (+11000) giving a tremendous value for any bet size but the downside is that he has not been able to break past the first three. Still, Redman’s game seems confident and in many ways, it seems like he is poised for a victory that is within his grasp but continues to elude him.

Ion Cutelaba vs Devin Clark Odds, Time and Where to Watch

UFC Vegas 37: Mike Rodriguez vs Tafon Nchukwi Odds, Time and Where to Watch

The luxurious Talking Stick Resort and Casino in Scottsdale, Arizona, has become the official casino sponsor of the WM Phoenix Open professional golf tournament. WM Phoenix Open’s Fan Zone to Be Renamed The agreement will see the gambling and hospitality venue work with the elite sporting event for the next three years. In return, Talking […]

Under a new long-term agreement, Notah Begay III became the global golf ambassador for PointsBet. While the company plans to solidify its presence on the golf scene, it has also entered into collaboration with the NB3 Foundation. Notah Begay III Becomes PointsBet Global Golf Ambassador Premier global online gaming operator, PointsBet announced on Wednesday that […]

With the coronavirus lockdown proving a difficult spell for sports out there, the PGA Tour has enacted changes allowing more gambling-related activities alongside improving viewership and a two-to-three-fold increase in golf wagering. Wagering on Golf Increase with PGA Tour’s Blessing Betting on the outcome of golf tournaments may used to seem a little odd or […]