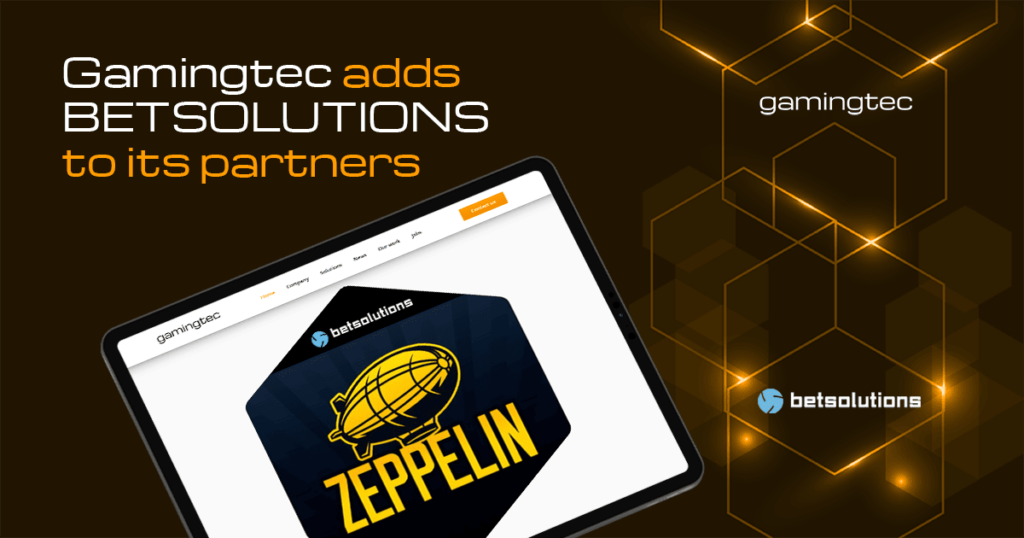 Promising casino game developer known for its HTML5 and mobile-friendly titles loaded with multipliers and free spins, BetSolutions, has partnered with prestigious provider Gamingtec to launch a new provably fair slot. The game is called Zeppelin and offers a unique gaming experience up into the clouds. With live chat, helpful game statistics in real-time, and dynamic gameplay, the game is expected to reach thousands of new players and turn into a hit for the developer.

No Reels, No Paylines, No Symbols

Zeppelin is not what you would normally expect from a new slot release on the market. On the contrary, the game that will be joining Gamingtec’s impressive selection of over 10.000 slots, live dealer, and table games does not have any of the regular game elements you may be used to seeing. Namely, there are no pay lines, reels, rows, or game symbols to keep an eye on. Instead, players need to watch the blimp flying across the screen and do their best to grab the jackpot before it vanishes into thin air through a spectacular explosion.

The game features an increasing curve players who are familiar with the Aviator slot may recognize. The game is incredibly dynamic, responsive, and engaging to play, with its user-friendly features and multiplayer gameplay alternative for added fun online.

Besides some spectacular options such as live game statistics and live chatting options within the game, Zeppelin comes with another unique feature. It allows players to join hundreds of other players online by simply logging into the website. Therefore, the game is a crash-style social game available in multiplayer mode you may be familiar with from a variety of crypto-friendly casinos. The new release is also a provably fair game. This means that it relies on the popular blockchain technology which makes it completely transparent and fair for players who can check the fairness of all of their bets in real-time.

How to Play Zeppelin

As a player, you will need to focus on placing your bet within a certain time frame as you watch an airship take off and rise up into the clouds while hitting a series of multipliers on its way up. You will be allowed to place either one or two bets simultaneously. Next, your main concern will be to cash out prior to the imminent explosion of the zeppelin. To do this, you will need to watch the zeppelin fly higher and higher, while keeping an eye on the coefficient shown on the screen.

Players can cash out at any time and collect the amount of their original bet multiplied by the exact coefficient shown on the screen while the zeppelin is still up in the sky. If the zeppelin explodes prior to cashing out, players lose the bet.

Gamingtec’s chief executive officer Sapar Karyagdyyev called the game a “really engaging and clever little game” able to trigger “massive excitement”. He also praised the new partnership with BetSolutions, a “proven innovator” in the industry, while looking forward to fresh ideas from them. In mid-March, Gamingtec added 70 BGaming games to its impressive portfolio.