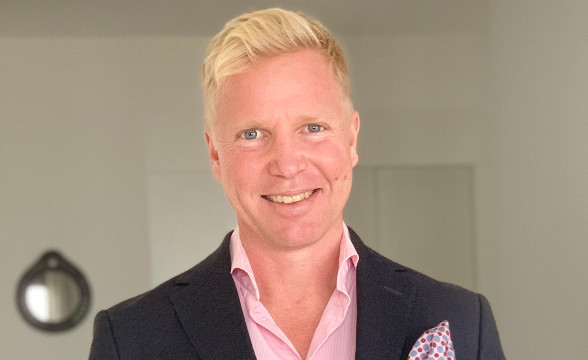 Yggdrasil, one of the world’s leading online casino game providers, has announced that it has appointed Björn Krantz as the new CEO, effective immediately (April 21, 2022). Krantz has over a decade of working experience and will help the company navigate and succeed in its global expansion plan.

Krantz Is No Stranger to Working for Giants in the Industry

Before joining Yggdrasil as head of the publishing division in 2020, Krantz worked for 10 years for one of the online gaming industry’s most reputable providers – NetEnt. Before his appointment as CEO, Krantz worked as the chief of global market operations at Yggdrasil.

Yggrasil’s founder, Fredrik Elmqvist, stated that Krantz has massive knowledge of the industry and his track record is nothing short but amazing. Elmqvist praised his leadership in “rapid global growth environments” and added that in the past 2 years, Krantz has been heavily involved in Yggdrasil’s global market operations.

Elmqvist concluded by saying that Krantz is one of the company’s key contributors to its growth strategy and planning.

He ended by saying that this is the perfect time to “execute the transition” and the whole board is looking forward to seeing Krantz taking over the wheel. Elmqvist is confident that Krantz has what it takes to take the business to the next level and stated that he will help Krantz will any type of information that he can.

Krantz Respects Yggdrasil’s History and Involvement in the Gaming Sector

Krantz shared a few words on his appointment and said that he’s humbled to be Yggdrasil’s CEO. He nodded to the company’s history and its legacy and stated that it represents a winning team; a team that he’s more than happy to be a part of.

As for the company’s future plans, Krantz stated that he’s looking forward to delivering Yggdrasil’s global growth ambitions and strengthening its position as a leading game provider.

Yggdrasil has been making a lot of moves in 2022. Not only did it release “Vikings Go To Valhalla” but the company has been forming partnerships with numerous companies as a way to increase its global influence.

One of the most recent partnerships is with Livespins, which will benefit both parties. Michael Pedersen, the chief control officer of Livespins, stated that thanks to this agreement, the company has reached a new milestone, and thanks to Yggdrasil’s titles, players will be provided with the ultimate gaming experience and will be “on the edge of their seats.”

Andrew Pegler, the commercial operations director of Yggdrasil, stated that slot streaming will continue to grow in the coming years and thanks to the Livespins partnership, players will be provided with a better engagement.

Bettors Back Macron for French Presidency, Odds Stay Fairly Even