Nebraskans are seemingly enjoying the new casino industry in the state, and if the latest figures are anything to go by, licensed operators should be happy to join in as soon as possible. This is all good news, however, thanks to some provisions in the casino legislation, it might be a bit too early to call it a complete success.

WarHorse opened the doors to its casino in Lincoln, Nebraska, on September 24 and a recent report by The Lincoln Journal Star shared insight into some very interesting financials. WarHorse’s temporary casino has 433 slot machines in Lincoln Race Course’s simulcasting building, and the reported figures for the generated tax revenue from the casino’s first operational week are astounding. The Lincoln Journal Star reported that state and local tax is sitting at almost $286,000 for the casino’s first week.

Nebraska casinos are taxed at a 20% rate, so that means that north of $1.4 million was netted by WarHorse Lincoln. However, the betting handle wasn’t reported yet, and no official information has been released to suggest what the numbers might look like. Multiple Nebraska local outlets reported on the numbers, issued by the Nebraska Racing and Gaming Commission (NRGC) in its first-ever monthly gaming tax revenue report, released on Monday.

According to reports, the money from the tax revenue will be split up into five, with the biggest portion going to the Nebraska Property Tax Relief Fund, which will be receiving 70% of the $286,000. 12.5% is going to the City of Lincoln and Lancaster County each, with the remaining 5% split evenly between the Nebraska General Fund and the Compulsive Gaming Assistance Fund.

While there are currently only 433 slot machines available at the casino, once construction is finished, 1,300 gaming stations and a 196-room hotel are expected. Multiple restaurants and live horse racing are also on the menu for the finished venue, with a target launch date towards the end of 2024. While currently, this is still the only casino in Nebraska, other licensed horse tracks are also looking at entering the new market, with multiple casino operations reportedly being in the works.

This is great news, as the casino bill that allowed the creation of the new market was facing some difficulties in the beginning. Eager operators have been able to file for a license since summer, and we’re now seeing that the wait was worth it. Nebraska voters were clear in their voting in 2020, and it all happened under the Keep the Money in Nebraska political committee’s idea to… well – keep the money in Nebraska.

This line of thought resonated both with citizens, as well as politicians, as neighboring states such as Iowa, were already reaping the benefits of having casinos legalized for some time now, pulling neighboring citizens for a quick game as well. Of course, the decision to legalize casinos wasn’t based solely on these two factors and the process was much more complex, but it’s undeniable that projections for tax revenue from legal casinos was a key factor in the decision.

While WarHorse Lincoln’s figures from its first week aren’t expected to continue at the same pace, this doesn’t necessarily diminish their significance. Other casinos with hundreds of additional gaming stations are expected to attract more and more players, and the provision in the state’s casino licensing scheme about the inclusion of horse racing tracks could mean thousands of new jobs are being created as well. That’s all fine and good, but only as long as the millions of dollars that are needed for this to work keep on coming, of course. 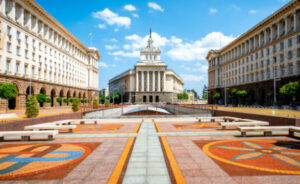 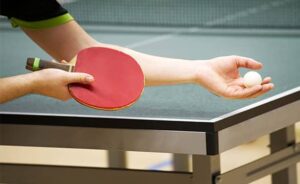