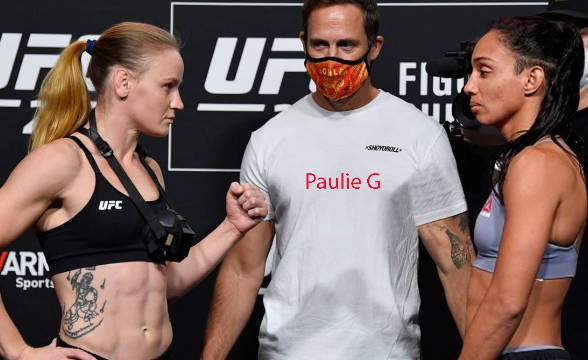 Valentina Shevchenko is one of the greatest female fighters in the history of the UFC. The proof of this is that she’s been in the possession of the UFC Women’s Flyweight Championship belt since 2018, defending her title six times. Are we going to see her defend it once again? Oddsmakers sure think so, but Taila Santos is determined to end Shevchenko’s reign.

The two lock horns in the co-main event of UFC 275: Teixeira vs Prochazka, which is taking place at Singapore Indoor Stadium in Kallang, Singapore on Saturday, June 11.

All odds are per FanDuel as of June 7.

Reasons Why Valentina Shevchenko is Such a Strong Favorite

If you go to an online sportsbook and check out the UFC 275 odds, you’ll see that Valentina Shevchenko is the fighter with the shortest odds of all the fighters on the main card. Priced at -720, she’s expected to have a field day in Singapore.

Those wondering why that is the case, the #1 reason is that she’s the reigning champ of the UFC Women’s Flyweight division. Further, she is the highest-ranked female fighter in UFC pound-for-pound ranking. In comparison, her opponent is not even in the top 15.

Another reason why Shevchenko is favored to win on Saturday is that her overall record is 22-3 with her most recent loss happening in 2017. What’s interesting is that all of those three losses happened in the bantamweight division. As of June 2022, she’s without a single loss in women’s flyweight class.

Taila Santos Praying for a Miracle

The Brazilian fighter has a pretty impressive professional record with 19 wins and just one loss in her nine years long career. It happened in February 2019 when she lost by split decision to Mara Romero Borella.

Since then, she’s got wins only, beating the following four fighters – Molly McCann, Gillian Robertson, Roxanne Modafferi, and Joanne Wood.

Santos does have an impressive portfolio, but she still hasn’t fought such a fantastic opponent as Shevchenko. In fact, Wood is the highest-ranked opponent she’s fought so far in her career. Her current position is #10 in the UFC women’s flyweight rankings.

Anything but an easy win for Shevchenko would be seen as a big upset. She is arguably the best female fighter ever, which is why beating Santos shouldn’t be much of a problem for her.