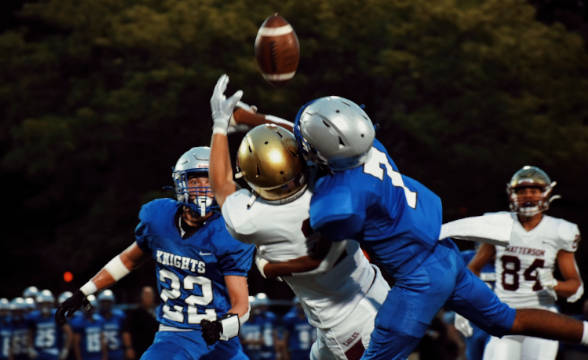 The United States Football League (USFL) is an American football league that was initially founded in 1982. Between 1983 and 1985, the USFL has played three seasons. Last year in June, Fox Sports was announced as the League’s official minority owner.

However, despite owning the old USFL league trademarks, the new League isn’t officially related to the old one. Upon announcing that Fox became a minority owner, it was also disclosed that the return of the USFL is expected this April. This marks another attempt to revive the league after several attempts before have failed.

The USFL’s inaugural 2022 season is scheduled to start on April 16 and is expected to run through mid-June. After that, the playoffs are planned to begin. The entire season is planned to be played in Birmingham, Alabama.

Overall, there will be eight teams competing and the League is split into two divisions. The North Division features the New Jersey Generals, Michigan Panthers, Pittsburgh Maulers and Philadelphia Stars. On the other hand, the South Division consists of the Houston Gamblers, Birmingham Stallions, New Orleans Breakers and Tampa Bay Bandits.

According to Fox, each of the teams will play a 10-game schedule. This means that each of the teams will play with each team from the same division twice and once with a team from the other division. The 2022 USFL regular season’s first game will feature the Generals versus the Stallions. The game starts on April 16 at 7:30 PM ET at the Protective Stadium in Birmingham.

Wagering on the USFL Will Be Available in 15 US States

By now, sports betting is live and legal in 30 US states and DC, according to data by the American Gaming Association. Three more states have already legalized the activity but are yet to launch it. While this sounds well, not all 30 US states will offer betting on the USFL.

Earlier this month, the USFL confirmed that wagering on the League will be available for customers in 15 states. Those states are the major markets such as New Jersey, Pennsylvania, Nevada, Iowa and West Virginia. On the other hand, wagering on the USFL also will be possible in Oregon, Delaware, Connecticut, New Hampshire, New Mexico, Rhode Island, South Dakota, Wisconsin, North Carolina and North Dakota.

“The new USFL will be an innovator in how fans watch and root for the teams they love, and we believe that the availability of legal sports wagering is another way fans can deepen their engagement with our games.”

USFL’s executive vice president of business operations, Edward Hartman, commented that legal sports wagering creates new ways for fans to engage with the game. Moreover, he said that the League is looking forward to seeing its fans “bet responsibly on USFL games in every state where sports wagering is legal.”

SJM and Melco Resorts to Shut Down Satellite Casinos in Macau