Universal Entertainment is going to use new debt to pay off existing debt, according to a recent announcement made by the company. The operator of the Okada Manila in the Philippines is planning on placing, outside its home country of Japan, new notes that will allow it to pay down the principal on existing notes for more favorable terms. The arrangement is expected to be completed this Friday, and the plan will help the casino operator rebound from the hit Okada Manila has taken from COVID-19.

Universal Entertainment has stated that it will place up to $143 million in new notes through the new offering. They will carry an interest rate of 8.5% and won’t be due until December 2024. The proceeds will be used, in large part, to pay off $118 million that the company owes in principal on existing notes. Those notes are currently set to expire this December; however, the total redemption of the notes is almost $125.8 million, according to the company.

The new offering will be backed by Tiger Resort Asia Ltd. and Tiger Resort, Leisure and Entertainment, Inc. (TRLE) Both are Universal Entertainment companies, with TRLE holding the casino license of Okada Manila. Union Gaming Securities LLC, a brokerage headquartered in the US, will manage the private placing; however, no information on the receiver or receivers has been provided.

Universal in a Balancing Act

Okada Manila has seen its share of successes since opening as Manila Bay Resorts in 2008. However, it has also seen its difficulties. The past two years have been particularly problematic, with COVID-19 delivering a fresh round of problems. While other casino jurisdictions around the world have been able to start to recover from the global pandemic, the Philippines hasn’t been so lucky. It has continued to see problems this year and casinos have been shut down or had their operations reduced, including Okada Manila.

In the first quarter of the year, gross gaming revenue at the property lost 41% compared to the same quarter last year. It reported $178 million for the first quarter of 2020, but just $1.05 million in the first quarter of this year. Metro Manila, where the resort is located, has suffered more than other areas and has been forced to take a more restricted position. While much of the country has been able to reopen, Metro Manila has been on “general community quarantine,” forcing Okada Manila to operate at a significantly reduced capacity. The quarantine will remain in place until tomorrow, at which time the situation will be re-evaluated.

Betway Lands in Pennsylvania under the Watchful Eye of Gaming Regulators

The Louisiana Gaming Control Board (LGCB) has given the green light on the sale of a horse racing track and casino located in the northern part of the state for a price tag of $22 million. Rubico Acquisition Corp. is set to meet with the gaming regulator today and get approval for the purchase of […]

Macau Gets a Small Boost in GGR, Could See More Growth

Macau didn’t see any significant uptick in traffic from Golden Week this month, but things improved slightly since then. The average daily gross gaming revenue (GGR) for the third week of October was a big improvement over the prior week, and more increases could be coming. The Macau Grand Prix will be held in November, […]

Crown Resorts continues to be in the hot seat in Australia, accused of egregious violations of existing financial and gambling regulations. It has already seen its casino license in New South Wales (NSW) suspended by regulators following an extensive investigation, and has faced similar scrutiny in Victoria and Western Australia (WA). While WA has requested […]

Sports customer engagement platform OtherLevels announced a new agreement with FireKeepers Casino to become its preferred digital engagement partner. Real-Time Player Data-Based Engagement The partnership between OtherLevels and FireKeepers Casino will leverage messaging capabilities to engage with a broad spectrum of audience segments utilizing customization by preferences, player value, past behavior and geolocation. We are […]

Last Friday, Doug Ford, the Ontario Premier, announced that the customer capacity limits would be lifted on numerous businesses, casinos included, and the two gambling facilities in Niagara Falls saluted this decision by stating that it is a step “in the right direction.” The president of Niagara Casinos, Richard Taylor, also praised the decision by […]

Launched earlier this year, Stakelogic Live is the live casino arm of the famous online casino content provider Stakelogic. Currently, all Stakelogic Live games are developed in-house and streamed from a unique art studio located in Birkirkara, Malta. The company is now looking for over 100 game presenters to join its team. Stakelogic Is Planning […]

The first integrated resort (IR) to be built in Greece is a step closer to becoming a reality. After a battle between Mohegan Gaming & Entertainment (MGE) and Hard Rock International that ended earlier this year, Mohegan will be involved in the development of the project. Inspire Athens has officially been awarded its concessions for […]

Caesars Entertainment has appointed Sandra Douglass Morgan to the company’s Board of Directors effective November 7, 2021. Morgan’s appointment, while still subject to regulatory approvals, is an important addition to the company’s ranks of executives as she previously served as a chairwoman to the Nevada Gaming Control Board (NGCB), making her intimately familiar with the […]

Four casinos in Iowa are paying a hefty price for not playing by the rules. The Iowa Racing and Gaming Commission (IRGC) has sent the gambling properties fines for violating the state’s age restrictions, with the quarter of casinos on the hook for a combined $130,000. One of the casinos received two fines and is […] 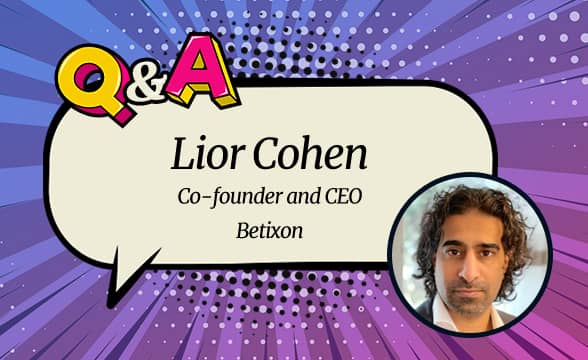 Betixon is an iGaming developer that focuses on establishing innovative gaming products by focusing on a mobile-first and social experience. Over the years, the company’s library has swelled to feature numerous titles all of which have been made available to partners. The company owns numerous licenses allowing it to operate in key European markets and […]

GamblingNews recently had a chance to virtually meet with Lior Cohen of Betixon. The online gaming development studio has been growing rapidly over the past five years and continues to bring innovation to the industry. Betixon is involved in many aspects of the player experience, offering an array of appealing options to different regulated markets […]

The Australian Communications and Media Authority (ACMA) is not slowing down in restricting access to offshore gambling in the country, an industry that has been thriving for years before ACMA decided to take action a few years back. ACMA has requested from internet service providers (ISPs) to suspend access to five new offshore websites, including Fight Club, Kim Vegas, […]