Downing Street and British Prime Minister Boris Johnson have taken a keen interest in the upcoming gambling legislation review. Johnson, together with advisors, will seek to introduce changes to the existing regulatory framework, the Guardian reported, citing sources.

The review is initiated by the Department of Digital, Culture, Media, and Sport (DCMS), but sources close to the matter have suggested that it may be Johnson and close allies who will be in charge of the reviewing process.

According to one source that spoke with the Guardian but wished to remain anonymous, Johnson and his advisors saw gambling as a form of people being exploited. Both Dominic Cummings and Munira Mirza, two of the closest advisors who often steer the prime minister’s policy, have taken a keen interest in the overhaul of the 2005 Gambling Act.

In fact, they have advocated for the review for a long time. The original gambling law was introduced under Tony Blair and it allowed the gambling sector to expand, transforming the United Kingdom into the largest and most lucrative legal market in the world.

According to the Guardians, this liberal approach towards the industry may now be coming to an end. People close to the matter suggest that there is a good chance that the majority of changes introduced back in 2005 would be scaled back. The PM is also reportedly mulling introducing further bans on advertisement or in the very least, restricting exposure.

Re-regulating the Industry the ‘Right’ Way

Officials want to step in and take over the DCMS as they fear that contributions from gambling advertisements may influence the objectivity of the watchdog. Nigel Huddleston, the sports minister, said that a broad review of the Gambling Act may be necessary, but then again, DCMS minister Lady Barran said that the evidence was scant to support the claim that advertising led to problem gambling.

“I cannot be specific on the scope of the review, but the evidence is not clear about the link between advertising and problem gambling, particularly among young people.”

The DCMS further denied that the organization was not doing its job in limiting and restricting potentially harmful ads. The strongest push for revising the existing gambling legislation has come from the all-party parliamentary group (APPG) spearheading a reform while citing gambling-related harm as the reason why.

Strong proponents within the APPG are Labor MP Carolyn Harris, former Tory leader Ian Duncan Smith and an SNP representative, Ronnie Cowan. Another strong push has come from the “Peers for Gambling Reform” group, advocating for tighter affordability checks as well as stake limits and restrictions on the speed of online casino games.

The group has also advocated for more liability from gambling firms who ignore mandatory affordability checks or slow them down so that problem gamblers have already staked too much, potentially harming them financially.

Lord Foster of Bath, chairman of the group, has had this to say cited in the Guardian: “Online gambling companies have cashed in on the pandemic, making more profit and putting more lives at risk. Urgent action is taken by the government to reform our wholly outdated regulation”

Gambling is facing an unprecedented level of changes in what is considered one of the major markets in the world.

New Mexico Racinos May Have Same Privileges as Tribal Operators 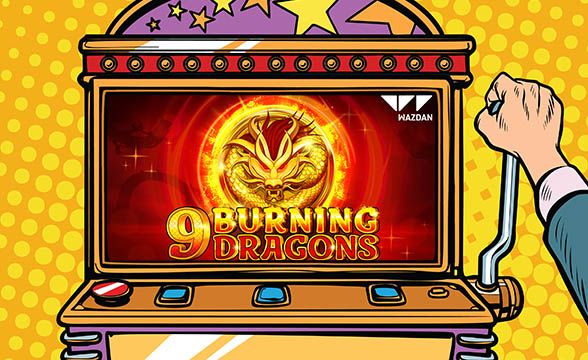 The parents of a 24-year old English teacher who took his own life in 2017, are unhappy with the British government’s responsive measures in dealing with problem gambling and voice their grievances in an exclusive with The Guardian. Bereaved Family Fears Government Not Helpful Enough Back at the beginning of March, David Urpeth, the Sheffield […]

London’s High Court will have to weigh in on whether the UK National Lottery may continue to operate or whether it will be stalled due to the legal battle between the UK Gambling Commission on the one hand and the outgoing lottery operator, Camelot, on the other. After losing the fourth selection process to Allwyn […]

Independent gambling harm consultancy EPIC Risk Management called on UK authorities to ban the sale of video game ‘loot box’ products to people under 18s, citing findings of its survey conducted this month. Paving the Way to Gambling EPIC’s research conducted across 31 schools in the UK and having 1,793 children participating revealed that 30% […]

What happens after work is none of the boss’s business, but in the case of Rita Leher, 51, things are a little different. A former employee of Aspers Casino in London, Leher has successfully won an employment tribunal in which she alleges that her former colleagues and bosses did purposefully discriminate against her for an […]

This June, the UK government is set to review its laws on gambling, and it appears that sweeping changes are underway. Policymakers are targeting football shirt betting logos, in particular, to draw attention to the issue of gambling addiction among Britain’s youth. This measure is only one of many included in the forthcoming white paper […]