A new draft will aim to introduce major changes in the New Mexico’s gambling landscape, giving racetrack casinos or racinos the same status as tribal casinos. The “Gaming Industry Recovery Act” has outlined a number of changes that it sees as necessary to stimulate the industry.

The proposed legislation would introduce changes to how alcohol is served on the gaming floor, lift specific restrictions on game types and most likely allow venues to enhance the number of gaming machines they can host.

On the flipside, tribal casinos will be allowed to keep their own revenue. The move has been met with endorsement from several industry leaders, including Sunland Park Racetrack Casino General Manager Rick Baugh.

According to Baugh, the move would bring many benefits to businesses, including in tourism. “We have the capability of turning the tide and creating the tourist destination, not only here but across all five race tracks and the tribal casinos,” Baugh added.

The legislation will be submitted to the Legislative Finance Committee on October 1 and the main pitch is that empowering racinos would actually allow the state to improve its tourism performance.

Above all else, the new legislation is liberal in fullest, enabling casino properties to gain access to all the activities that are prohibited under existing law one way or another. Supporters of the legislation have been active even prior to the COVID-19 crisis.

Scott Scanland, a lobbyist supporting the draft, has argued that the legislation is more relevant today than it is at the beginning of the year. As New Mexico begins to reopen its economy, additional sources of revenue would be needed, Scanland argued for KRQE, a local media. He had this to add:

“Post COVID, what is this economy going to look like? The Legislature a couple years ago passed the ETA, which is the 40-year plan of shifting from oil and gas to renewable energies, that’s going to be a huge shift in economy.”

Racinos are clearly poised to benefit from the move the most. They would be allowed to expand their operations and compete with tribal casino both in the volume and quality of product.

The changes would allow New Mexico to not be just a patchwork of random casinos and betting venues, but a place which can host open door dining, hotels, golf courses, and more as part of the casino or racino experience.

Scanland argued that if the state plays its cards right, people from neighboring states may have a reason to travel to the future casinos and resorts in New Mexico. To incentivize the tribes to agree and avoid a confrontation similar to Oklahoma, the bill supporters would suggest for the tribal casinos to keep their $70 million paid to the state yearly.

Even more conservative lawmakers, such as Republican Senator Bill Sharer of Farmington, have acquiesced that boosting the gambling sector might be a good idea. Sharer argued that the slump in the oil industry has made entertaining this possibility not as unlikely as in the past. 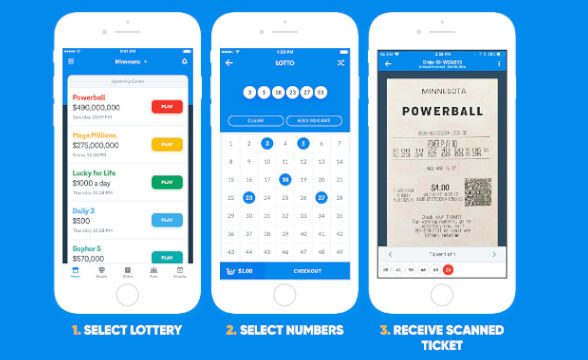 New York and Senecas End Their Dispute, New Gaming Compact Is in the Works

The Seneca Nation of Indians and the state of New York managed to write history as they ended their years-long dispute regarding revenue sharing and thus, agreed to commence negotiations on a new gaming compact. Seneca Nation Will Receive $40 Million in Disputed Fees The president of the Seneca Nation, Matthew Pagels, took to Facebook […]

Clarion Events and the National Indian Gaming Association have teamed up with a well-developed strategy that will help both brands grow, support, and protect the tribal gaming market. With this long-term partnership, the annual Indian Gaming Tradeshow and Convention by NIGA will be able to grow as Clarion Events has massive expertise in this field. […]

In light of the ongoing pandemic across the US, smoke-free casino floors have been a hot topic. While anti-smoking organizations have urged casinos to ban smoking for decades, now, it seems that they may finally have a chance to achieve that. With that in mind, a new proposal calls for a ban on smoking within […]

A small casino in New Mexico is the latest victim of a cyberattack and will remain closed for an undisclosed period of time as casino leaders and security experts work on establishing the extent of the potential damage. Impact Unknown The Pueblo of Tesuque tribe reported their Tesuque Pueblo casino in Santa Fe was targeted […]

Tribal gaming did not come out of the pandemic unscathed after the report of the fiscal year ended September 30, 2020 revealed a 19.5% drop in gross gaming revenue. Erasing 7 Years of Growth The report, released by the National Indian Gaming Commission (NIGC) Chairman at the Oklahoma Indian Gaming Association Conference in Oklahoma City, […]

Sports betting legalization in Florida is now facing legal hurdles after a pari-mutuel company filed a federal lawsuit to challenge the state compact with the Seminole Tribe. Legal Fiction Southwest Parimutuels, owner of Magic City Casino in Miami and the Bonita Springs Poker Room, filed a lawsuit in the US District Court for the Northern […]