The UK National Lottery has reported that its sales have reached an all-time high of £4.06 billion or roughly $4.85 billion at the time of writing. The sales were reported during the first six months of the 2022-2023 financial year and they are largely boosted by the operator leaning in heavily on digital sales.

This is the first time sales have crossed the £4-billion mark in the lottery’s 28-year history and comes at a time when Camelot has settled a dispute with Allwyn Entertainment, the incoming lottery operator, and the UK Gambling Commission.

Despite the recent fraught period, the Lottery has remained on course, driving strong revenue from draw-based games, hitting £2.40 billion ($2.86 billion), or up 7.5% year-over-year. EuroMillions drove particularly strong results for the lottery, the operator said. The “Must Be Won” draws saw a bit of a slump in the overall interest from consumers.

The biggest driver of revenue for the lottery in terms of annual growth was the digital segment, with online sales reaching a 13% increase year-over-year or £1.84 billion ($2.19 billion). Mobile sales increased by 19% year-over-year, Camelot said, sitting at £1.37 billion ($1.63 billion). Uptake in the digital product has been strong, with more than 1.1 million new players registering during the first half of the financial year.

This means that presently, Camelot and the UK National Lottery have a customer base of 10.7 million digital users. Retail sales naturally slumped a little and were in fact down by 4.7% to $2.23 billion ($2.66 billion), generated through more than 44,500 points of sales in the United Kingdom.

The contributions towards Good Causes reached £956.5 million ($1.15 billion) during the first year, once again much higher than at any previous time. This marked an 8.1% increase on the previous year’s results, and since the National Lottery commenced in 1994, it has been able to contribute more than £47 billion ($56.06 billion).

Camelot chairman Sir Hugh Robertson welcomed the recent results and said that he was pleased to see the lottery return more to Good Causes than at any time in the past. With a change in leadership imminent, Robertson expressed confidence that the UK National Lottery is in its best shape ever.

Camelot UK tried to challenge the bid that was won by rival Allwyn Entertainment, but the companies have come to an amicable conclusion. Camelot will divest from the United Kingdom, however, selling its arm in the country to Allwyn Entertainment. The acquisition is supposed to wrap up in the first quarter of 2023. Allwyn is expected to take over in February 2024. 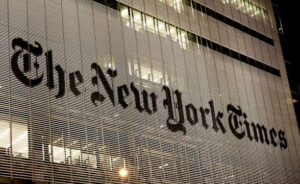 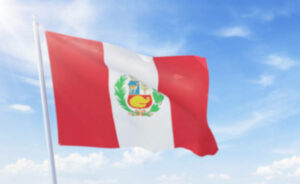