This June, the UK government is set to review its laws on gambling, and it appears that sweeping changes are underway. Policymakers are targeting football shirt betting logos, in particular, to draw attention to the issue of gambling addiction among Britain’s youth. This measure is only one of many included in the forthcoming white paper but has specifically attracted attention from industry representatives.

The current Gambling Act predates the explosion of mobile betting apps and the start of massive investments by gambling companies in sports advertising. As a result, existing regulations are quickly becoming outdated and ineffective. A 2020 survey by the UK’s gambling commission showed that 37% of 11–16-year-olds in England and Scotland had gambled in the last 12 months. A stark number that has only highlighted the need for reform. A Department for Digital, Culture, Media, and Sport (DCMS) spokesperson commented on this matter, saying:

We are undertaking the most comprehensive review of gambling laws in 15 years to make sure they are fit for the digital age.

Measures Are Well-Meaning but Could End Up Being Incoherent

Many of the proposed changes make sense, at least on the surface. For example, online gamblers could face a maximum bet limit of £2 and a total monthly limit of £100, similar to a previous reform that slashed the maximum stake on fixed-odds betting terminals to £2. The matter of gambling logos on football shirts is much less focused, however. According to the most recent information regarding the proposed changes, only Premier League teams will be affected. Campaigners have expressed concerns that such a ban would be incoherent if not applied to the English Football League, pitch-side adverts, and other sports.

The EFL, as well as gambling industry representatives, have also commented on this matter. A League spokesperson raised concerns that a ban on gambling sponsorship would cost clubs £40m a year and recommended a self-regulatory approach rather than outright prohibition.

That would also help lower league teams, which rely significantly more on such sponsorships and will be disproportionately affected by the proposed sweeping ban. Brigid Simmonds, Chair of the Betting and Gaming Council (BGC), stated that the betting industry is also taking measures to curb gambling addiction among youths.

Tackling Gambling Addiction on All Levels

She announced plans to give out another £100 million to help fund the national helpline and finance similar community-focused efforts by 2024. Simmonds also stated that the gambling industry could not be held solely accountable for addiction issues and recommended a more holistic approach, focusing on cooperation with the NHS. Gambling sponsorships currently add a value of £110 million to teams in the top two divisions. The proposed legislation changes will undoubtedly cause shakeups in the sport and may prompt gambling companies to look elsewhere for investment opportunities. 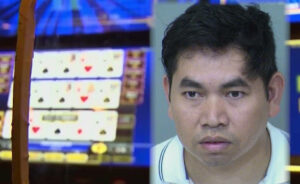 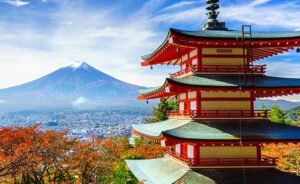 Industry May 23, 2022
Japan's Authority to Hear Feedback on Screening Criteria