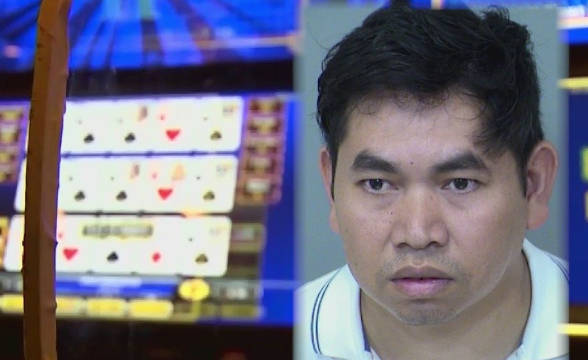 A man in Glendale, Arizona, has become the latest irresponsible parent to make headlines in the United States as the 39-year-old person was found to have left children unsupervised in a vehicle outside of Scottsdale’s Casino. The culprit, Keo Bunchhor, was charged with child abuse, local TV station KSAZ reported and he was released on a government bond of $5,000 but the children have already been placed under the custody of their mother.

The police were notified immediately after a passerby saw the children alone in the car. With temperatures of 86 degrees at the time of the incident. One of the back windows was rolled down to allow air filtration. When police arrived, one of the officers approached the vehicle, KSAZ reported and spoke to the older child.

The officer inquired why the children were alone in the car. The five-year-old told the officer that their father had gone inside the casino building to “get a cookie.” The car was left with the engine running when the police arrived. Following the brief interaction with the children, Bunchhor was approached by police inside the casino floor, where he was found playing the slots.

According to subsequent interviews with the man, he was gambling to be able to afford his rent payment and said that he also had a gambling problem. However, this has not led to leniency from the police officers who apprehended Bunchhor on charges of child endangerment.

Parents in the US Abandon Kids for Gambling

Bunchhor is not the first nor will he be the last reckless parent across the United States to have opted out of parental duties in order to satisfy a gambling urge.

There have been multiple reports coming from across the country about parents doing the exact same thing. In places such as Pennsylvania, the Pennsylvania Gaming Control Board has decided to take active measures against parents who have been found to purposefully leave children unsupervised in parking lots.

The PGCB has begun issuing state-wide bans from gambling venues to such parents in a bid to curb further such accidents. Meanwhile, there were no reports on whether Scottsdale’s Casino would be held liable in any capacity. In Pennsylvania, the PGCB has made it explicitly clear that any casino that is found to not prevent such accidents may need to pay a fine as well.