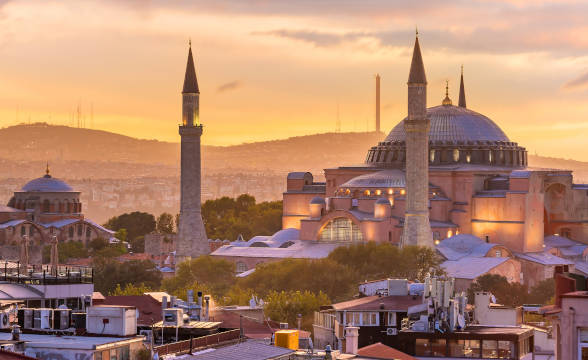 Recep Tayyip Erdogan’s gung-ho approach towards cryptocurrency is not exactly newsworthy. Then again, the president has made a slight U-turn from his belligerent stance on cryptocurrency, realizing that there are aspects of the industry that he can use. Speaking on Friday last week, Erdogan said that young people should refrain from “turning to crypto money gambling that has no basis.”

Erdogan was not necessarily talking about gambling products per se, but rather the idea that investing in cryptocurrencies could be seen as tantamount to gambling more so than a form of investment. The president, instead, urged young people in the country to participate in innovative projects based on blockchain technology.

Effectively, Erdogan is embracing blockchain, the technology that makes cryptocurrencies tick, but not the tokens themselves. He has been a long-standing opponent of cryptocurrencies as such in fact. Erdogan said that his country is going to war with crypto back in September 2021, and under his rule, the government blocked the use of crypto payments for everyday uses.

Just like other countries around the globe inflicted with runaway inflation, Turkish citizens have seen in cryptocurrency a way to store and shield some of their wealth against the crippling deterioration of the national currency. Turkey, though, has been vigilant of the use of crypto as much as illegal gambling.

In a recent sting operation, authorities busted a $40-million illegal crypto gambling ring, arresting 46 suspects along the way. Erdogan wants to prohibit any use of cryptocurrencies in everyday society and their use for illegal activities such as gambling, but he is loath to ban blockchain as such.

However, Erdogan does not want blockchain to be a product that focuses inwardly but rather is exported to other countries, turning Turkey into a manufacturing hub for digital products that are based on technology. Crypto gambling will definitely remain out of the question as the president and his country seek to plug any holes in the economy.

Kindred to Launch Unibet in Washington with the Swinomish Tribe

Binance Keeps on Track of Hackers Who Stole $570M