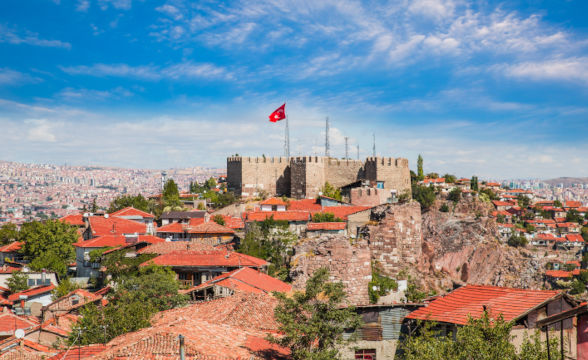 Following a detention order issued by the Office of the Chief Public Prosecutor, 46 people across eight provinces, Ankara, Batman, Bingöl, Kayseri, Kırıkkale, Muş, Van and Yozgat, were arrested for violations of the Law on Arrangement of Betting and Games of Chance in Football and Other Sports Competitions.

Commenting on the ongoing illegal betting investigation, Minister of Interior Süleyman Soylu stated that the investigation “came out of Turkish Cyprus and is linked to the murder of Halil Falyali.”

Turkish Cypriot tycoon Falyali, who is at the center of allegations of running illegal betting and money laundering on the island, was shot dead in an assault near his home in the city of Girne in the Turkish Republic of Northern Cyprus in February this year.

Investigators found out that a criminal organization linked to Falyali received the proceeds of the illegal betting operation which were being sent to cryptocurrency assets accounts in the name of the organization, Falyali, his wife and the casino manager.

Soylu added that a transfer worth approximately TRL2.5 billion ($134 million) occurred, while “approximately $40 million of money has been confiscated.”

Authorities seized around $40 million of crypto assets which have been transferred to crypto exchanges in the country and abroad by the organization but this sum may increase as search and seizure proceedings against the people detained continue.

Soylu also pointed the finger at Europe for being the center of unlawful betting, stating that the Turkish authorities have informed their European counterparts about the illegal betting investigation findings “in an effort to create a condition that prevents unlawful betting from happening anywhere in the world, including Europe, the center of such activities.”

The Minister of Interior then dismissed allegations that Turkey is financially benefiting from crime and illegal gambling as all its institutions are coordinating their efforts to block cryptocurrency transactions and proceeds originating from organized crime.

Soylu claimed that the operation carried out by the Financial Crimes Investigation Board and the General Directorate of Security was successful and called authorities in Europe and around the world to come to a consensus as they stand no chance in successfully combatting financial crime alone.

Betting Handle in Mississippi Improves to $43.1M in September

Must Read
By Stoyan Todorov
Blockchain