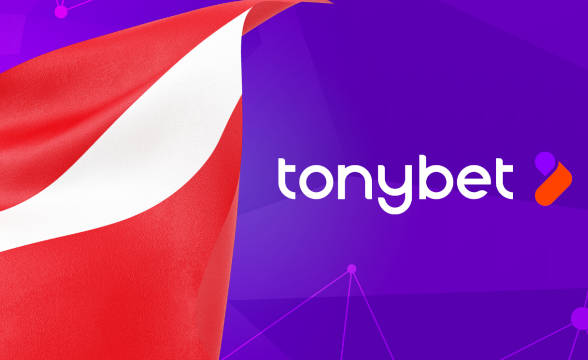 TonyBet, an international online gaming operator, has officially entered the Latvian market by investing €1.5 million ($1.5 million) to create a new online platform called tonybet.lv. The platform will provide Latvian punters with a variety of services and special bets for the upcoming FIFA World Cup.

Thanks to the unique soccer offerings and innovative technological solutions, all of which are created by SoftLabs, TonyBet will be able to differentiate itself and stand out from the competition in Latvia. The special bets that the platform will offer for the FIFA World Cup are a statement of the operator’s dedication to soccer.

Valters Rozmanis, TonyBet Latvia’s country manager, stated that the level of competition in Latvia is high, but he’s confident that there’s room for a strong international player such as TonyBet, a platform that will offer unique soccer products.

Rozmanis added that the operator already started negotiating with leading soccer organizations in the country and will make sure that players are provided with a unique experience, while also maintaining the highest standards in responsible gambling.

Tony Bet has promoted responsible gambling in all of the jurisdictions where it operates and that’s exactly what it’ll do in Latvia, according to Rozmanis. He concluded by saying that ever since TonyBet began its operation in Latvia, it became a member of the Latvian Interactive Gambling Association (LIAB) and introduced the necessary tools regarding RG.

Victors Troicins, the CEO of TonyBet Group, also shared a few words. He stated that the company will implement its 11-year experience and the best RG practices to make sure that Latvian players have the best and safest experience. He also stated that TonyBet’s current focus is expanding in Spain, the UK, and the Baltic Sea.

The Operator Recently Signed a Deal With iSoftBet

TonyBet is looking to increase its offering and provide players with a unique experience. Last week, the company signed a multi-nation deal with one of the world’s leading game providers – iSoftBet.

Thanks to the agreement, iSoftBet’s array of content will be available in key territories, one of which is Latvia. TonyBet’s key account manager, Davis Skulte, praised iSoftBet for its diverse approach to casino gaming and noted that TonyBet is happy to be in a position to offer the provider’s games to players across Europe.

iSoftBet’s head of business development, Davis Skulte, stated that the agreement with TonyBet is a huge milestone as the provider looks to increase its footprint across Europe and gain new players.

This is not the first provider to gain access to European jurisdictions via a partnership with TonyBet. Back in July, Tom Horn Gaming entered Spain by teaming up with the operator.