A man running illegal gambling operations for over a decade and his two associates were sentenced to probation and forfeiture after pleading guilty in court.

Starting as an Illegal Bookie

The case, investigated by the FBI and IRS Criminal Investigations, discovered that Grady Brandon Mobley, a 44-year old resident of Waynsboro, GA, operated as an illegal bookie in Burke County for an illegal sports betting operator for at least the past ten years, initially collecting bets and paying the winnings himself. At a later stage, Mobley started using a sports betting website operated from Costa Rica.

With his long-running illegal gambling operations, Grady Mobley showed utter disregard for the law and compounded the activity by drawing others into his orbit. These sentences will hold them all accountable for their actions.”

David H. Estes, Acting US Attorney for the Southern District of Georgia

In 2015, Mobley started operating in collaboration with a small gambling ring operated by Joel Rees Jones, 59, from Greenwood, SC, and for two years used his Mobley Package Shop in Girard to cash bettors’ checks, estimated to be around $220,000.

Mobley’s greed continued to grow over the years as he operated his illegal gambling operation, eventually recruiting other individuals to take part. Their greed eventually caught up with them and now they will suffer the consequences. No matter where an investigation takes us, the FBI and our federal partners will pursue criminal activity that violates our Constitution.”

Mobley involved a third person in the scheme, 40-year-old Daniel Cates of Waynsboro, to help him conceal the growing amounts of cash from the betting transactions. Cates helped him funnel around a quarter of a million dollars through his tire store Cates Firestone in exchange for money and favors.

Operating an illegal gambling operation and filing false tax returns to the IRS are dangerous moves. Not only can the unreported income from the gambling operation result with tax due, interest, and penalties, but it also can result in prison time. The sentencing today brings accountability and justice for the conspiring parties.” 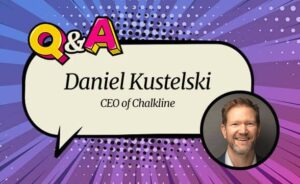