As the days following the Bell Report keep passing, people were starting to wonder how Star might react. It’s been accused of being arrogant in the past, but Ben Heap – currently serving as interim chairman – made an ASX announcement showing the company acknowledging its faults and vowing to do much better in the future. The question remains, however, whether that can be done while Star still has an NSW license.

Ben Heap, who currently serves as interim chairman of The Star Entertainment Group, issued an announcement to Star shareholders on Thursday, and the note was shared with the Australian Securities Exchange (ASX), and is also available on Star’s website. In it, Mr. Heap outlined a few key points in Star’s short- and longer-term plans to address the results of the Bell Inquiry, reflected in the Bell Report, which recommended that Star is unfit for a license in NSW.

The strategy to earn back “the trust of the NSW Independent Casino Commission, and indeed all our regulators”, as well as its customers, is being referred to as the company’s “Renewal Plan”. This is a collective name for Star’s roadmap for improving control and governance within the company, and most importantly – its culture. According to Mr. Heap, the path forward includes not only “fixing the issues raised in the Report” but also “addressing their root causes”.

As for a timetable, Mr. Heap also clarified that given the extent of the Report, this would be a “multi-year plan, to fully address and embed the fundamental changes required in all aspects” of The Star’s operations. However, he also showed that the company is ready to act sooner, rather than later, saying that the company recognizes it won’t be “judged by our words, but by our actions”, and so also shared its “immediate priorities”.

Future Holds a lot of Work

So, the Renewal Plan is only a part of it, albeit a huge one, and as overarching as it is, Star still needs to make an official statement with the NSW Independent Casino Commission (NICC) as an official response to the Bell Report. Yes, it might’ve taken two full days to respond to Chief Commissioner Philip Crawford’s harsh criticism, but the sheer volume of the letter is indicative that it’s a carefully crafted document.

In it, Mr. Heap fully acknowledges all of Star’s shortcomings, even the most damning ones, saying that the company has “fallen short of expectations” at the beginning, which does sound a bit of an understatement. However, the announcement goes many steps further, starting with recognizing that the company needs “more transparency, more robust governance, and greater accountability,” and going as far as admitting to being “arrogant and closed off to criticism”, assuring that this “will not be the case in the future.”

Addressing some of the governance and accountability issues, Mr. Heap described some actions the company has already undertaken, such as “introducing stronger controls”, enhancing “regulatory compliance functions and training”, separating Risk and Legal, hiring a new Chief Risk Officer, and voluntarily appointing an “Independent Monitor” to track the company’s progress. As part of being more transparent, Mr. Heap also went on to promise that the company will share its progress with “quarterly reports” from said Monitor, and also went as far as leaving an e-mail address to presumably reach him directly.

Towards the end of the letter, Mr. Heap also acknowledged that “there is much more to be done”, and expressed his desire to carry it out by “working constructively and transparently with the NSW Independent Casino Commission” and all other regulators. This, of course, would also need a cooperative hand on the NICC’s part, which – as a governmental regulatory body – it most likely wants to give anyway, as part of its regular operations.

Overall, the lengthy letter definitely appears as if the company has finally taken the criticism seriously, and that the Report has definitely hit its mark. It’s unclear whether all of this progress can be done while The Star Sydney is still operational, as even after issuing an official response to the regulatory body, there are no guarantees that Star can or will be keeping its NSW license. This letter unquestionably signals that Star wants its license and is willing to put in the work to keep it. We’ll just have to wait and see whether it’s enough, or if it’s too little too late. 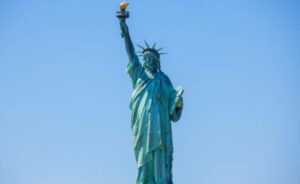 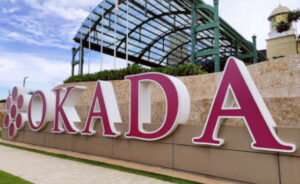