The Star Entertainment Group announced to the Australian Securities Exchange today that its executive search has been concluded with the appointment of Robert Cooke as Managing Director and CEO.

Mix of Experience, Capabilities and Attributes

The appointment of former Tatts Group chief executive officer Cooke at Star Entertainment Group puts an end to the executive search commenced by the gambling group via the services of Spencer Stuart which identified a number of quality candidates to run the business.

After careful evaluation of all the candidates, the Board at Star concluded Cooke was the “standout candidate,” representing an ideal mix of experience, capabilities and leadership attributes. Subject to regulatory approval, Cooke’s appointment will commence in the near future.

Delighted to be able to return to the gaming and hospitality industry where he spent most of his professional career, Cooke outlined that his priority would be to ensure the continuation of the business through a comprehensive renewal program, as well as the transformational opportunities in the development projects already underway or in planning in South East Queensland, especially with the incoming Olympics in 2032.

Elaborating on Cooke’s qualities that weighed in his favor in the selection process, Star’s interim Chairman Ben Heap focused on Cooke’s trustworthiness, industry respect and extensive experience within a chief executive capacity.

“He has been the CEO of major ASX  200  listed  companies  and  brings  extensive  commercial  experience  in  operating  and  driving  transformation programs within highly regulated environments, overseeing large workforces and building executive teams in multi-jurisdictional locations.”

Prior to leading Tyro Payments, Cooke spearheaded a comprehensive transformation program at Tatts Group and was behind efforts to secure license agreements with various State governments, while at Wotif.com he was instrumental in building a market leader in a period of hotel industry disruption.

“Given The Star’s significant investments to develop world-class tourism and entertainment destinations in   South   East   Queensland   and   Sydney,   the   Company   will   benefit   significantly   from   both   his   understanding of the industry’s regulatory environment and extensive insights and experience across the hotel and broader hospitality sector.”

Heap was adamant that Cooke is the right person “to lead The Star and restore confidence in the organization” during a critical period for the business that has a “number of near- and medium-term initiatives in governance, culture, training, systems, and technology” already underway.

In 2015, Star began developing a new property at Queen’s Wharf located on the north bank of the Brisbane River but the investigation into the company in Queensland is threatening its casino license and hence, the viability of the project, while in Sydney, the casino operator was found in breach of the New South Wales’ Unlawful Gambling Act and its casino license is hanging by a thread. 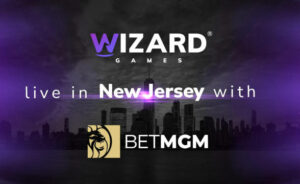 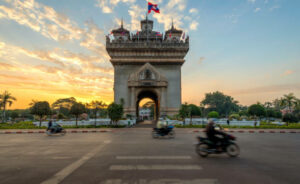