The legal status of gambling in Thailand has been a hot topic for a while now and finally, some changes are being seriously discussed. Five casinos have been proposed by the National Assembly Committee, with official proposes to the House scheduled for this November.

Thailand is a very well-developed tourist destination, attracting rich visitors from rich countries. It would be a missed opportunity not to provide gambling as entertainment for those well-paying guests, generating more taxable revenue, but that really has been the case for years now. Things are changing as of late, though. First, setting up an Assembly Committee with the express purpose of conducting a feasibility study of integrated resorts with legal casinos in Thailand, where any form of gambling, other than on horse race bets and the government-sponsored Thai lottery, is illegal. The Kla party wants to see legal gambling expanded in the country as well, further setting the stage for discussing actionable plans for legal gambling in Thailand.

Now, the recently formed specialized Assembly Committee is proposing a very interesting plan of action, discussing five possible locations throughout the country for expanding local economic development. The proposed locations for casinos are the following:

There are a few caveats and provisions, of course. The legalization process would mean a change in the Thailand Gambling Act, which means this proposal would have to be presented to the government for approval. The second vice-chairman of the Assembly Committee – Pichet Chuamuangphan – has stated that all the findings will be submitted to the government and set a November deadline to make an official proposal to the House of Representatives.

The main economical driving factor behind such a big legal change from the government’s point of view is taxing an industry that is currently illegal and actively developing. Legal gambling would attract more tourists and would also provide an additional tax revenue stream for the government. Proposed tax figures at the moment all point to a 30% tax rate, however, it’s unclear whether this will be a flat rate over the casino’s gross gaming revenue (GGR) or some other arrangement. As reported by the Thai PBS World, this will be including the local maintenance tax.

Allowed on premises of the casinos will be people 20 years or older, and all visitors will be subjected to mandatory verification of their financial status, with local media citing that only people with “good financial standing” will be allowed to play. As per Pichet’s words, all forms of gambling – both in-person, as well as online gambling will be allowed and available with the proposed casino regulations, and the Committee’s eventually proposed changes to Section 4 of the Gambling Act will reflect that.

Illegal gambling is a well-established underground industry in Thailand, at the moment. If the government won’t allow gaming, the results so far have been not games becoming unavailable, but rather the government simply not making money off gambling. If it’s not regulated, it’s not taxed. Furthermore, it actually costs money to fight this underground scene. So, by making gambling legal, a double negative might actually become a double positive. And, it’s a much-needed change.

Just at the beginning of this month, police from the northeastern province of Nakhon Ratchasima were reported to have arrested 18 individuals, that were running illegal online gambling websites. The Lake Pine Resort, located in the Pak Chong district of the province, was apparently aware of its renters’ illegal activities. Reports state that the Pine Resort was acting as a front for the illegal operation, receiving monthly compensations to keep it quiet. North of THB20 million (US$584,600) illegal monthly bets were reported to take place since the criminals moved from Cambodia to Thailand at least a year ago.

Another bust was made in March, with the Thai Police Cyber Taskforce raiding a Nonthaburi luxury house. According to the police, it had generated more than THB200 million (US$5.84 million). All of it could’ve been taxed, if the activity wasn’t illegal, thus operating underground. 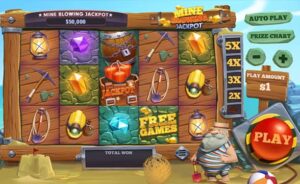 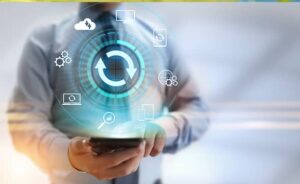