A small casino in New Mexico is the latest victim of a cyberattack and will remain closed for an undisclosed period of time as casino leaders and security experts work on establishing the extent of the potential damage.

The Pueblo of Tesuque tribe reported their Tesuque Pueblo casino in Santa Fe was targeted on September 25 and will remain closed for now. The tribe did not provide details in the press release to what extent the casino computer systems were affected by the cyberattack but outlined all necessary steps to remediate damages that were undertaken.

“Through our fast-acting team and external IT specialists, we were able to contain and remedy the issue as swiftly as possible.”

According to the press release, the casino isolated all affected systems and undertook actions to resolve the issues while also launching an investigation into the incident to help further strengthen its defense systems and avoid any similar cyberattacks in the future.

The relatively small Tesuque Pueblo casino establishment located near the Santa Fe Opera, which opened doors in November 2018 and replaced the 23-year-old Camel Rock Casino, is a vital part of the local economy, providing employment for 275 people and local subcontractors.

The casino floor offers players just over 800 slot machines and 10 table games, while The Cottonwood Kitchen restaurant featuring an exhibition kitchen, a patio with 75 seats, and a lounge with a bar area viewing the casino floor, is providing dining.

Cyberattacks on the Rise

The New Mexico tribe became the latest tribal victim of malicious cyber actions which are on the rise in the past year affecting not only gambling but many other sectors of the economy.

In June, the Menominee Indian Tribe of Wisconsin had to close its Menominee Casino following a cyberattack on its computers, while its leaders collaborated with the FBI and forensics and cybersecurity experts to establish the extent of the damage.

Also on June 6, Lucky Star Casinos in Concho, Clinton, Canton, and Watonga in Oklahoma had their information technologies network penetrated by a ransomware attack and had to remain closed while their owner, the Cheyenne and Arapaho Tribes of Oklahoma, and federal law enforcement, worked closely to resolve the matter. The tribe did not provide any details on whether a ransom was demanded.

The spike in cybercriminal activity prompted the Nevada Gaming Control Board (NGCB) to hold a meeting in July and come up with a warning for the industry, urging casinos to undertake precautionary measures to avoid similar incidents.

Leading provider of casino currency and table game equipment worldwide Gaming Partners International (GPI) became a victim of the REvil hacker group, which managed to steal a significate amount of sensitive data from the equipment supplier’s servers, while SBTech, the tech provider acquired by DraftKings, had all of its servers down following a cyberattack in March last year and prior to closing the deal.

Cyberattacks pose equal threats to other sectors of the economy and public life, with two hospitals in Indiana, Schneck Medical Center and Johnson Memorial Health, among the latest victims. 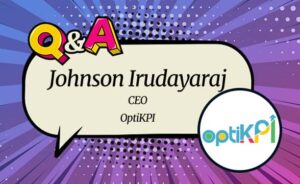 Next Article
Casino October 4, 2021
Tom Brady’s Return to Foxboro Triumphant, Even For Sportsbooks