A temporary casino is about to open at Fonner Park in Grand Island, Nebraska, which will be operational for a couple of years until a permanent integrated casino resort is build around the current race track.

The Temporary Casino to Open in November 2022

Elite Casino Resorts has announced that it will start construction of a temporary casino around the Fonner Park racetrack after the Nebraska State Fair ends on September 5, 2022.

The temporary venue will offer Grand Island residents and guests about 300 slot machines and table games such as blackjack, craps and roulette. The facility will also have a small dedicated area with a restaurant and a bar. It is expected that it will open doors in November, just in time for the Thanksgiving holiday.

The CEO of Fonner Park, Chris Kotulak, has elaborated that the temporary structure is actually going to last a few years as the plan is to start building the permanent casino resort after the Nebraska State Fair 2023 is over. According to the plans, the casino resort will open in 2025.

The Permanent Venue Will Be a Full-Blown Casino Resort

The plans for the permanent facility around the Fonner Park racetrack are for a $100 million casino development. The venue will sport a casino floor of 37,000 square meters which will initially offer guests 650 machines but that number could expand to 850 later on. In addition to that, guests will be able to enjoy 20 table games and the casino’s very own sportsbook. There will also be a hotel with 116 rooms and two pools – an indoor and outdoor one. Naturally, a range of dining choices will also be available, featuring a steak house, family dining as well as a grab and go option. Furthermore, the resort will have a spa, a beauty salon and a show lounge.

Five More Racinos to Be Developed in Nebraska

Residents of the state of Nebraska voted in favor of casinos being developed around the state’s racetracks back in November 2020. The constitutional amendment allowed for all of the six Nebraska racetracks to add slot machines and table games. Later on, Nebraska also approved sports betting in person so the upcoming racinos will also have sportsbooks. Besides the Fonner Park racetrack, only the racetracks in Lincoln and Omaha have started constructing casino facilities, which will also be temporary. However, Fonner Park seems to be the first of the racetracks that will open its casino activities. 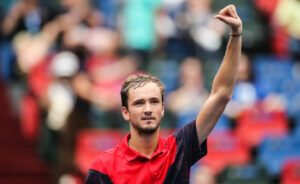 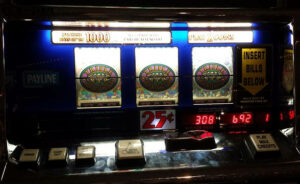