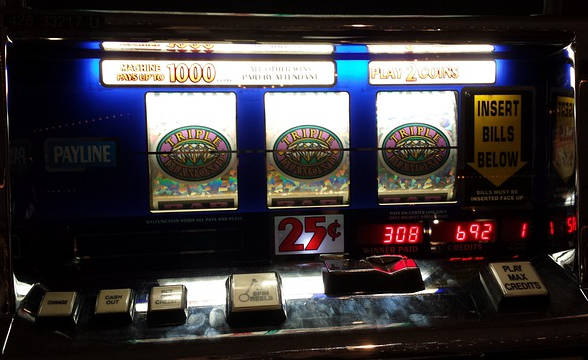 Since the beginning of 2022, the Missouri Gaming Commission has received almost 100 reports on slot machines being used illegally in the state.

The Saint Louis Post-Dispatch reported that Missouri authorities have been struggling with handling the spread of illegal gaming machines to gas stations, bars and convenience stores. Other states, such as Illinois for example, have regulations in place that control and tax such slot machines, however, Missouri has no legislation in place yet.

In order to try to tackle this problem, the Missouri Gaming Commission made available an online portal and a phone line where people can submit complaints on the use of illegal gaming machines at various commercial venues. After the Commission receives the complains it sends them over to the Missouri State Highway Patrol, which takes up the cases and investigates them further.

Business Owners Asking How to Open a Slot Machines Parlor

Since January 1, 2022, when the complaints portal was opened, the Missouri Gaming Commission has received 93 complaints in total. However, not all of them report illegal activities involving slot machines. About 10 of the 93 reports were actually inquiries on how to open a so-called “mini-casino” or how to get a license for slot machines and so forth. The lucrative currently unregulated business is attracting more people that want to take part in the slot machines action.

A spokesperson for the Missouri Gaming Commission elaborated that when inquiries come in to ask how to get such slot machines for their business, the Commission answers that these gaming machines are not regulated by the state.

Most Gas Stations in Missouri Have Slot Machines

Despite the efforts by the Missouri Gaming Commission and the Missouri State Highway Patrol, there is hardly any gas station in the state that does not offer gaming machines. Owners are trying to justify their presence by noting that the machines are not illegal as they tell the player when he or she is going to win.

However, numerous complaints have come in from people not having received a payout and noting that they feel cheated when using these slot machines.

On the other hand, business owners that do not offer slot machines are complaining that the fact that they abide by the law is bad for their own business as customers prefer to go to their competitors who have such illegal machines.

Political lobbying in Missouri from the major distributor of slot machines, Torch Electronics, has so far managed to thwart Missouri authorities’ attempts to introduce legislation clamping down on these illegal gambling activities.