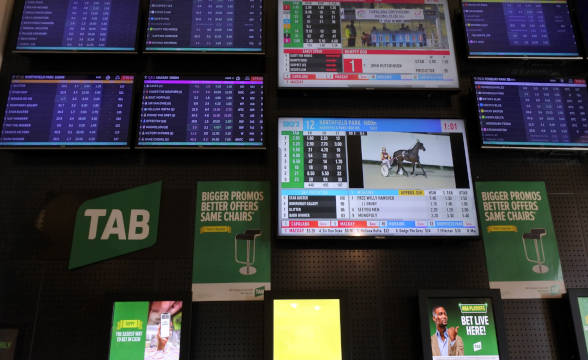 Sports betting operators from the self-governing Northern Territory (NT) in Australia shared their concerns regarding a possible increase in taxes, a new report suggests.

On Monday this week, ABC released details obtained under the Freedom of Information law regarding submissions by operators in the Northern Territory. The submissions were related to an independent review of the Racing and Betting Act from 2018. The probe included a proposal to increase taxes for sports betting companies in NT by 20%. With that in mind, the details were previously not disclosed in public. According to that data, at least three sports betting operators, which names haven’t been disclosed, threatened that an increase in taxes may have significant consequences for the industry.

The filing disclosed one of the betting companies warned that operators may decide to cease trading in the Northern Territory if tax costs increase. The same entry claimed that an increase in taxes may push some operators to exit the jurisdiction.

Another company claimed in its submission that raising taxes is not justified. The same company predicted that such an increase in costs may “encourage licensees to look to move away from the NT resulting in the loss of industry and jobs.”

A separate entry said that raising taxes may result in sports operators going bankrupt. It claimed: “The recommendations to significantly increase existing fees and taxes and impose a series of punishing new levies would threaten the ongoing viability of many NT licensed operators.”

While lawmakers are yet to take action when it comes to increasing taxes, gambling remains a popular activity in Australia. In fact, research points out that more than 80% of the adults in Australia participate in gambling activities, most out of any other country in the world. This undoubtedly poses a significant public health issue, considering that 0.5 to 1% or 80,000 to 160,000 of the adult population experiences problem gambling. Only recently, a report reaffirmed that Australians are the world’s “biggest losers” after setting record losses on pokies for March. Residents of Victoria lost $257.3 million on pokies in March alone, marking a new gloomy record.

Separate research probed into the gambling ads for sports betting during 2021. The study, conducted by Nielsen, found that gambling advertising on free-to-air TV in Victoria increased 253% by 2021. This makes approximately 948 gambling ads aired daily. Not unexpectedly, with the increase in gambling advertising, the operators increased their spending. The new whitepaper confirmed that in 2021, the gambling industry spent some $202.58 million on ads, up more than $11 million from the money spent during 2020.