Dhammika Perera, AKA Sri Lanka’s “casino king”, was appointed as minister of technology and investment promotion last Friday. The news comes as Sri Lanka is heavily affected by an economic crisis and nationwide protests are plaguing the country. This led to president Gotabaya Rajapaksa’s proposal to attract Mr. Perera – a notorious businessman and biggest casino operator on the island – to the position. The move was maybe also an attempt to cool down the temperature a bit, as well as try and attract foreign investments, since the president’s brother – Basil Rajapaksa – has been facing some stiff accusations, along with the rest of his clan, for mismanaging the entire country during the financial difficulties. Basil Rajapaksa was unofficially forced to step down over the incredibly

The 54-year-old businessman is a known Rajapaksa supporter and the decision to involve him in a government position does make sense from the clan’s perspective. The president’s office has reportedly already given Perera his first task – overseeing the $1.4 billion “Port City” land reclamation project, which has widely been a topic of money laundering concerns, especially in the west, with BFSI calling it a “tax-free enclave in Colombo.” The Colombo Port City is owned by China Harbor Engineering Company Limited, further fueling fears over Chinese influence in Sri Lanka.

Work on this project will be conducted side-by-side with Prime Minister Ranil Wickremesinghe – a member of the opposition who was also brought in by the president. Ironically, Wickremesinghe is not only opposing the Rajapaksa regime but Perera as well, because he was reported saying that Perera is a “demon who protected the corrupt regime of Rajapaksas” back in 2015.

Widely regarded as the country’s “richest man”, Perera owns three of five Sri Lankan casino licenses – the Bally’s Colombo, the Bellagio Colombo and the MGM Colombo, but is also involved in many more non-related companies, spanning across multiple industries, finance, manufacturing, and more. This earns him not only the money he needs to be regarded as the richest man in the country but also even more derogatory accusations. Another one is that he’s also regarded as one of the four most corrupt businessmen in the country. And, again – a description given by none other than potential new colleague Wickremesinghe himself.

But, desperate times call for desperate measures and since last month Sri Lanka defaulted on its US$51 billion foreign debt, the streets have been filled with people protesting. On May 9, the violent protests led to Mahinda Rajapaksa stepping down as Prime Minister, removing another Rajapaksa face that’s no longer officially associated with the government. Bringing Perera in, might negate some of the name losses the clan is facing, but in the end, only sensible policies and strong measures will be able to turn the country around.

Sri Lanka is currently in its worst economic crisis in history. 22 million people have been facing an acute deficit of basic commodities such as food and medicine for months now, and the latest protest was spurred in part by fuel shortages which further impairs businesses as well, and businesses recovery is usually considered a pivotal step in recovering from these types of crises.

No matter how tough the situation is, there are still critics of Perera’s involvement in the government, as with so many different financial activities, questions of conflict of interest become a topic of discussion. Rehan Jayawickreme – the vice-chairman of Samagi Jana Balawegaya (SJB) youth wing and former mayor of Weligama was cited by The Print as saying that it’s “somewhat strange that a leader who controls so many sectors should be in government. If he was honest about this, he should have sold his shares instead of just resigning from various boards,” addressing these exact concerns. To dampen rumors and as par for the course of transitioning to the new position, Perera has resigned from his chairman or director roles at multiple companies.

Furthermore, there are ongoing protests by activists as well, opposing Perera’s inclusion, saying he’s a known “tax evader.” While the allegation is not confirmed, it still fits into the negative image his critics are pushing, and there are questions brought up on whether his appointment is even constitutional, as Perera wasn’t on the National List during the 2020 elections. 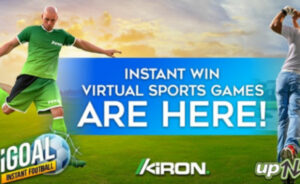