Further breakdown of the financial results shows that adjusted EBITDA for the full year of 2021 hit €102.0 million ($115.3 million), up 33% when compared to the same period a year ago. Similar to the company’s revenue, adjusted EBITDA exceeded the initial expectations as well.

The company’s overwhelming results were further complemented by strategic deals and partnerships. In 2021, Sportradar extended its multi-year deals with the NBA, NHL, Bundesliga International and ITF. Moreover, the company inked new deals with UEFA and the International Cricket Council (ICC), reaffirming its position as a trusted technology and data partner for leading leagues around the world.

Besides the full year 2021 results, Sportradar unveiled details regarding its fourth quarter 2021 financial outlook. During Q4 2021, Sportradar’s revenue hit €152.4 million ($172.2 million), up 41% when compared to the same period in 2020. The operator explained that the revenue increase was “driven by robust growth across all business segments.” On the other hand, adjusted EBITDA during Q4 2021 increased to €21.4 million ($24.2 million). This marked yet another increase of 14% when compared to the same period during 2020.

Additionally, Sportradar acknowledged that it has seen strong performance in the US market. Consequently, the operator revealed that its US revenue during Q4 2021 increased to €23.2 million ($26.2 million). This marks a significant 92% increase when compared to Q4 2020.

The Operator Is Pleased with the Strong Results

Carsten Koerl, Sportradar’s CEO, revealed that he is pleased with the strong results. He explained that the results reaffirm the success of the company’s operational and growth strategy. Koerl added that Sportradar has gained a positive momentum that is in fact going into the next fiscal year.

“I am very pleased with our strong results, which illustrate how well we are delivering on our operational and growth plans.”

Focusing on the US market, Sportradar’s CEO revealed that the company is “particularly pleased about more than doubling” its year-over-year revenues. Outlining that Sportradar has been a market leader in the US since 2014, he added that the results of the early investment into the market are now visible. In conclusion, Koerl said that the company continues “to see the enormous opportunity as sports betting becomes an increasingly integral part of the media entertainment fabric in the US.” 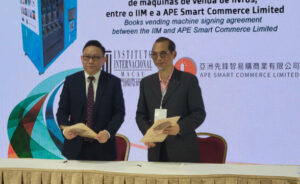 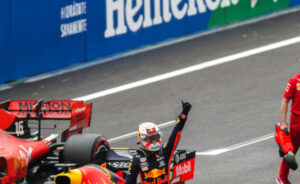 Industry March 31, 2022
Playmaker to Advertise Its Brands at the São Paulo Grand Prix in November